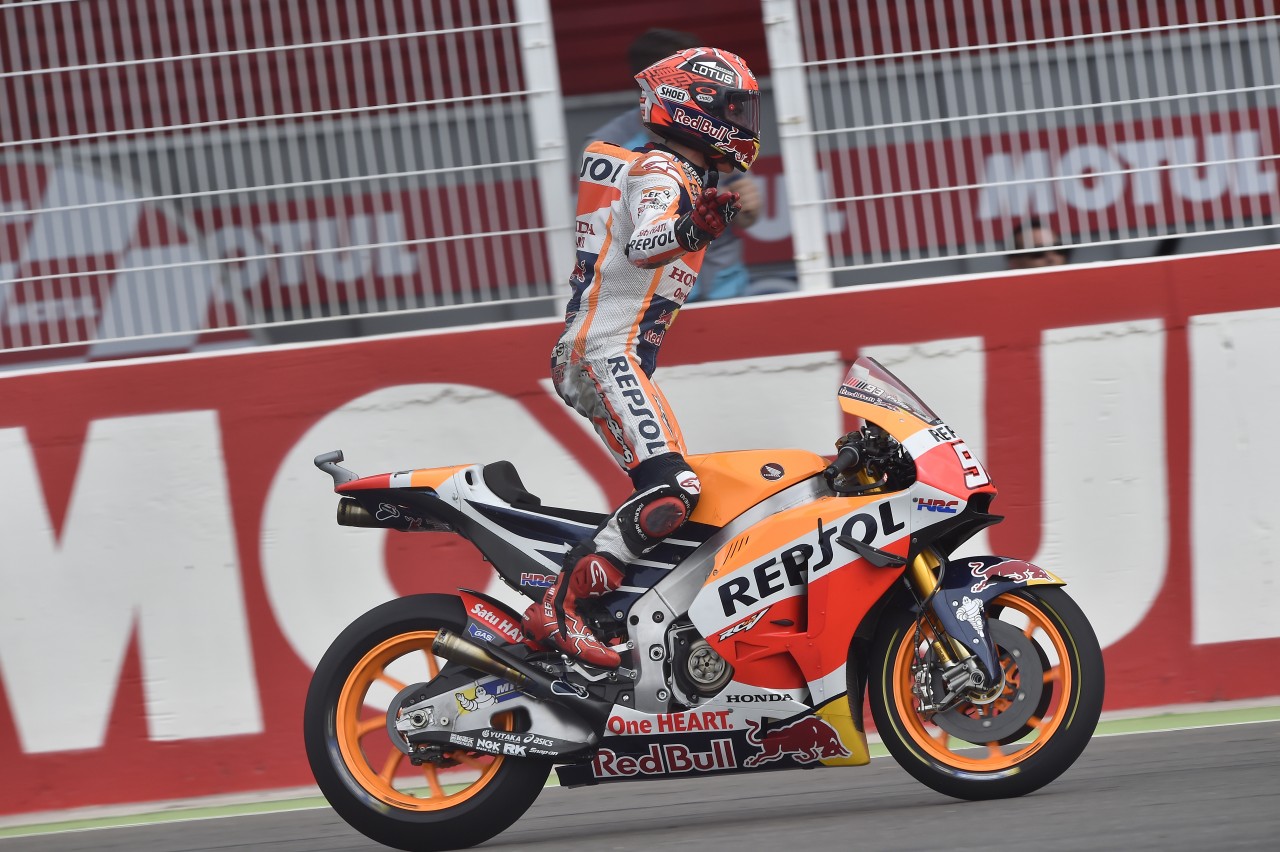 Before the start, it was established that a dry race would be run 20 laps “flag to flag,” with a compulsory stop to change motorcycles at the end of lap 9, 10 or 11.

Both Marc and teammate Dani Pedrosa started well, but while Marc slotted into third place on his first lap, Dani was pushed wide by another rider in turn 1 and became stuck in the second group, unable to maintain contact with the front.

Marc took the lead on lap 2 by moving past Rossi and Dovizioso, and he was engaged in a thrilling battle with Rossi for first position until the bike change. On lap 10, he entered the pit a fraction ahead the Italian and re-joined the track in the lead. On his second bike, Marc put in a sequence of fast laps that nobody was able to match, and in five laps he opened up a gap that allowed him to comfortably cross the line with a 7.6-second advantage.

Although Dani’s pace wasn’t as fast as he would have liked, he remained cool and focused, and with Viñales, Dovizioso and Iannone all crashing, he was able to secure the third step of the podium and take over third position in the championship.

Heading to Austin for round 3, Marc now leads the championship by 8 points over Rossi and 14 over Pedrosa.