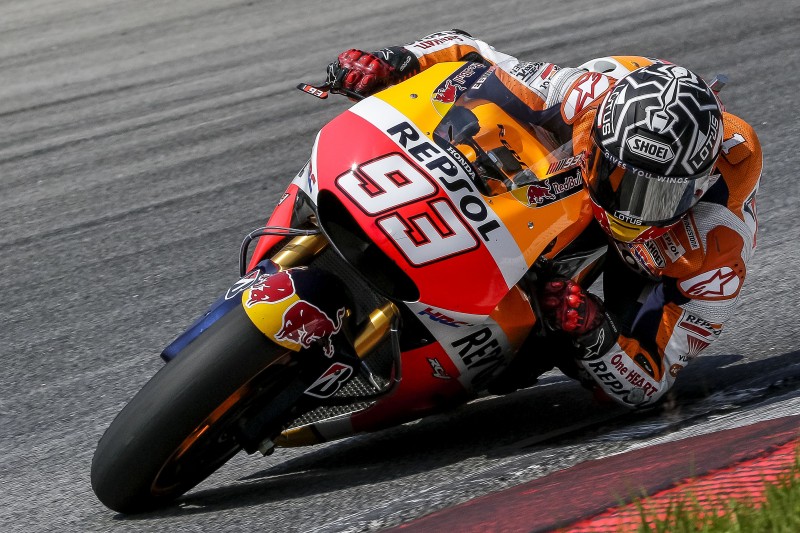 The second official test in Malaysia has concluded with World Champion Marc Marquez fastest after three days, and teammate Dani Pedrosa in 7th.

The riders wasted no time in taking to the Sepang track this morning at 10am and the customary time attack ensued whilst track conditions and ambient temperatures are more bearable. With several riders posting times under 2’00, Marc laid down the fastest lap with his time of 1’59.115 on lap 13 of 73 (the most laps by any rider today) and this time remained unbeaten for the remainder of this final day. He evaluated two chassis options and worked on engine mapping before completing a very positive race simulation this afternoon with only three laps above 2’00.

Teammate Dani Pedrosa spent this final day concentrating on electronics settings and completed 51 laps. He was one of only two riders (himself and Hernandez) to improve their time from this morning in the late afternoon. His fastest time of 1’59.912 on lap 49 placed him 7th overall.

It’s been a very productive test for the Repsol Honda riders, who have collected important data for the HRC engineers to take back to Japan. Tomorrow the Factory riders will remain in Sepang for their first outing on Michelin tyres in preparation for the 2016 season, before returning to Europe for some recovery time ahead of the final test in Qatar, scheduled from the 14-16 March. 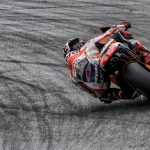 MotoGP: Marquez back on top on Day 2 of Sepang testMotor Racing, Motorsports 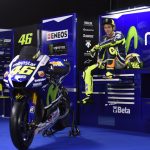 MotoGP: ready for the 2015 season to kick offMotor Racing, Motorsports