By Emanuele Venturoli
Posted
In Motor Racing, Motorsports
MotoGP: Rabat to move up to MotoGP with Marc VDS2015-10-012021-06-15https://s3.eu-west-1.amazonaws.com/static.rtrsports.com/wp-content/uploads/2022/07/nowtavola-disegno-1.pngRTR Sportshttps://s3.eu-west-1.amazonaws.com/static.rtrsports.com/wp-content/uploads/2020/07/rabat-marc-vds-4.jpg200px200px
0 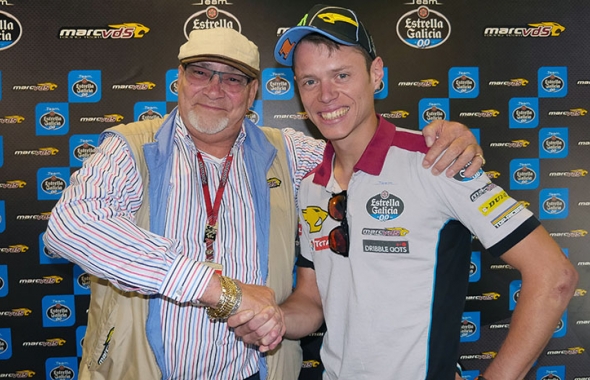 Gosselies, Belgium – 1 October 2015: Team Estrella Galicia 0,0 Marc VDS are pleased to announce that they have reached an agreement with Tito Rabat that will see the reigning Moto2 World Champion contest the 2016 MotoGP World Championship aboard the team’s factory Honda RC213V.

Promotion to the premier class is a fitting reward for the 26-year-old Spaniard, who brought Team Estrella Galicia 0,0 Marc VDS their first World Championship title after a recording breaking 2014 season. Rabat dominated in Moto2 that year, scoring more points than any other rider in the 67-year history of the intermediate class and taking seven wins and 14 podium finishes on his way to the world title.

It is this record, and his commitment to the Estrella Galicia 0,0 backed development project in which the team play a major part, that made Rabat the obvious choice to succeed Scott Redding as the team’s MotoGP rider for the 2016 season.

Rabat is looking forward to the new challenge, having tested the team’s factory Honda RC213V at Motorland Aragon after the Grand Prix at the same circuit. The Team Estrella Galicia 0,0 Marc VDS rider completed 60 laps and was immediately impressed by both the power and potential of Honda’s MotoGP machine.

Testing for the 2016 MotoGP World Championship will start in earnest immediately after the Grand Prix of Valencia, but Rabat’s focus now is on the last four races of this season and the fight to keep his championship hopes alive after winning last time out in Aragon.

Tito Rabat:
“The objective of my life was to, first of all, arrive to MotoGP and then to make results in the premier class. This is the first step and for that I would like to thank Marc van der Straten, the team and Estrella Galicia for this chance and their confidence in me. I know stepping up to MotoGP on the factory Honda RC213V isn’t going to be easy, but I have all the winter to prepare, to make sure I’m strong and ready for preseason testing. It’s going to be a steep learning curve, but the goal will be to improve step by step so that we’re ready for the first race in Qatar.”

“The test at Aragon aboard the factory Honda RC213V was an incredible experience. The first time you ride this bike you just aren’t prepared for it. There is so much speed, so hard acceleration and the corners arrive far too early! To be honest, it was the best experience you can have on a bike. Once I’d adapted to the speed, the power and the carbon brakes I was able to understand a little more how the bike works and go a little faster. I would like to have ridden for longer but, unfortunately, they wanted to close the track!”

Marc van der Straten:
“I am happy to see Tito step up to race our MotoGP bike next season. His approach to racing, his work ethic and his determination to succeed are the same attributes on which our team was built. It is fitting that we should have a rider such as Tito in the premier class to act as the perfect role model for the younger riders making their way through our development program. To race at the very top level is never easy, but Tito has shown that he has the ability to adapt rapidly and his commitment to this project is absolute. I am confident he will do us proud next season.” 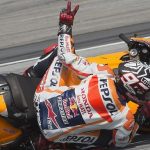