Yamaha Motor Co., Ltd can today make one of the most significant partnership announcements in recent years of the MotoGP World Championship. The exceptional agreement sees TELEFONICA DE ESPAÑA, S.A joining Yamaha with its renowned Movistar brand as Title Sponsor of the Yamaha Factory Racing Team for an extensive five-year contract.

The joining of these two iconic names from the premier class of motorcycle racing creates a new name for the team. Starting from the first race of the 2014 season, the team will be known as the “Movistar Yamaha MotoGP” Team and riders Jorge Lorenzo and Valentino Rossi will embark on their title challenge under the floodlights of Qatar on 23rd March under this name.

The Movistar brand will feature prominently on all team assets (YZR-M1, riders’ leathers, team uniform, pit-garage, trucks, hospitality) for the next five years.

The new official team logo is made public today but the full 2014 Movistar Yamaha MotoGP team livery will only be unveiled on Wednesday 19th March in Losail, Qatar, just before the opening race. 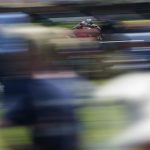 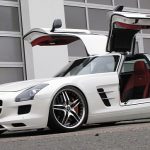