It’s an iconic status symbol – so when the Forward Racing Team unveiled the first official images of the MV Agusta chassis prototype for the Moto2 2018 championship on Monday 30th July, the proverbial tear is likely to have fallen down the cheek of many long-term fans. The moment saw the return to the world stage, after 42 years, of one of the most prestigious and winning brands in the history of not just Italian, but also European, motorcycling.

As racing fans, we might wonder about the decisions behind the MV Agusta’s reappearance. Of course, there are nostalgic reasons – but it’s not only emotion that drives a manufacturer to enter (or re-enter) an important sporting event like the Moto2 World Championship. There is money to invest, equipment to source and test, resources needed internally and time-wise… there are multitudes of factors to consider.

So, what are the benefits of racing for automotive companies? For context, let’s first look at the history of the MV Agusta.

The history of MV Agusta, an iconic motorcycle

The Meccanica Verghera (MV) Agusta’s history stretches back to 1945, when it was created as an offshoot of an aeronautical project by Italian Count Giovanni Agusta in the small town of Cascina Costa di Samarate in the province of Varese.

Through luck, chance (or maybe even fate), the liberation of 1945 saw the construction of military aircraft in Italy suspended – leaving Count Agusta’s factory to return solely to the production of “land vehicles”. The first MV Agusta was born.

The 1950s saw great business expansion teamed with pioneering engineering innovation. MV Agusta introduced the progressive hydraulic gearbox, injection systems for 2 and 4-stroke engines, and new lubrication systems. The bikes made in Varese grow in popularity and reliability; so much so that the 125 and 15 four-stroke models of 1959 are given the name Centomila, as the kilometers that could be covered in warranty.

In the late 1950s, the attentions of the bike’s creators moved away from mass locomotion and more towards competitive racing. The years between 1959 and 1971 can be characterised by a strong racing spirit – these are the years that long-time fans remember as those of perhaps the most brilliant times in world championship motor racing. Surtees, Read and Hailwood were all competing, and the great Giacomo Agostini had made the brand born in Cascina Costa the most feared on the racetracks all over the world.

From 1952 to 1974 MV Agusta’s 38 drivers and 37 manufacturers won 75 world titles, establishing themselves as the most successful European brand in the history of two wheels. It’s a record that still holds.

What happened to MV Agusta in the 1970s?

Starting with the death of Count Agusta in 1971, the MV Agusta brand suffered from mixed fortunes – including a period of silence from the early 1970s to the early 1990s, when Italian motorcycle manufacturer Cagiva finally lifted the veil and reminded the world of MV Agusta’s relevance once more.

The years after saw the brand passed around like a hot potato between various hands, including those of Husqvarna, Bimota, Harley-Davidson and Piaggio, before it finally returned to its home at Lake Varese, with a 25% share of Mercedes AMG.

It was the new MV Agusta that, not without difficulty, managed to drag itself out of the 00s financial crisis thanks to the production of models of extraordinary charm and performance, which bewitched customers around the world. The Brutale, the F4 and the F3, together with the Dragster and the Turismo Veloce, are the models of the future.

In 2017, Castiglioni took over 25% of the company’s shares from Mercedes AMG. In the same year, finally, the group announced that it was back in profit.

It was a welcome return to form for the iconic brand, and the MV’s appearance on 30th July shows that there is more to come.

2019 will mark the return of MV Agusta in the Moto2 championship, alongside the Forward Racing Team, with the role of chassis (the engines of the whole Moto2 class will be supplied by Triumph). The appearance will bring the end to an absence lasting 42 years: an infinite amount of time in a world like the world’s biggest motorcycle competition. It is a world that is decided by tenths, if not hundredths, of a second, after all.

Why do manufacturer race in the Moto World Championship?

Skipping the gap created by time, as MV Agusta is doing, is an operation that requires courage, trust and extraordinary awareness, as well as an important investment in terms of staff and money.

So, what drives MV Agusta to return? And, more generally, why do big manufacturers like Honda, Ducati, Suzuki, Yamaha, KTM and Aprilia commit huge resources to stay in the MotoGP, Moto2 and Moto3 championships every year?

We can’t provide the official answers of the manufacturers, but we can certainly consider some potential factors.

It’s clear that the Moto world championships are an extraordinary platform for all motorcycle manufacturers – a platform that offers huge visibility and awareness.

Thanks to the reach of the championship (208 countries connected worldwide, for 19 stops a year), MotoGP, Moto2 and Moto3 are certainly some of the most powerful communication vehicles for anyone in the road motorcycles sector. Being on the starting grid of a Grand Prix means to be seen by the eyes of millions of potential consumers all over the world. Add to this the fact that the MotoGP is a traveling championship, able to allow online and offline promotion operations across very different and distant territories, and the value behind it becomes even more clear.

A symbol of excellence

Simply put, being accepted in the world’s top two-wheeled world championship means excellence. To be able to compete at this level it is necessary that the manufacturer, the technology used and the projects created are of a very high quality.

This is a fact well known by customers, the public and consumers, who recognise the brands represented in MotoGP and in Formula 1 as the pinnacle of their respective worlds – on two and four wheels. In terms of brand positioning, participation in these series immediately communicates quality and value.

An instrument of innovation and technology

The MotoGP World Championship, like Formula 1, is a prototype championship. This means that the vehicles participating are not those that can be found in the dealerships of the various houses.

Because of this, the Moto championships are a key area of ​​research and development for all manufacturers – who can then take the innovation developed in the races from the track to the road, and into their commercial vehicles.

Many of the technologies developed in the field of racing, both with two and four wheels, are indeed later used for more every day vehicles – frames in cars, traction controls, anti- wheeling and latest generation braking systems are just a few key examples.

Being at the highest point of racing means guaranteeing a manufacturer’s”traditional” customer base an excellent technological research background – something that is valued extremely highly.

A way to reward and expand business opportunities

It goes without saying that championships such as those mentioned are incredible settings to expand and empower any business.

The hospitality opportunities available at MotoGP allow manufacturers to welcome guests, reward their best customers, offer unforgettable weekends to potential investors, and to reward their staff for the good work already done.

The Paddock, for example, is a place populated by the best of the moto industry. It offers a unique possibility for B2B operations, and the expansion of possibilities that are open to the brand. These championships are an occasion for the best of the automotive industry and its main investors and stakeholders to gather and network. Because of course, it is often outside the offices and far from the classic places of work that the best conversations happen. Track-side is just one of these places.

A great story to tell

At its heart, sport is a great story – and the romanticism and nostalgia of motor racing has a strong part to play in that. The world championship offers a compelling narrative, full of hope, heroes and heartbreak.

As a business, manufacturers can leverage this story through their marketing and communications, and angle it in a way that will capture public interest and bring about attention on social and in both online and offline media.

In a world where content marketing and storytelling have become a vital for an effective corporate communication strategy, a high-profile sports series can be an effective instrument.

Want to learn more? Email us at Info@rtrsports.com 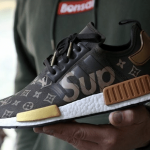 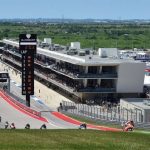 MotoGP: the benefits of sponsoring the Rights Holder of the ChampionshipSport Sponsorship, Sports Marketing