The Maserati Tipo 61 (commonly referred to as the Maserati Birdcage) is a sports racing car of the early 1960s. The car was produced between 1959 and 1961 by Maserati for racing in sports car events including the 24 Hours of Le Mans endurance classic. It used an intricate tubular space frame chassis, containing about 200 chromoly steel tubes welded together, hence the nickname “Birdcage”. This method of construction provided a more rigid and, at the same time, lighter chassis than other sports cars of the time. By recessing the windscreen base into the bodywork, Maserati was able to reduce the effect of new Le Mans rules demanding a tall windscreen. The Camoradi team became famous racing the Tipo 61‘s but, despite being very competitive, the Birdcage was somewhat unreliable and occasionally retired from races due to problems with the drivetrain. 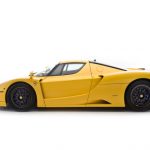 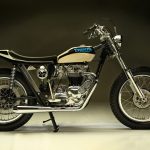