The first-generation Ford Mustang was manufactured by the Ford Motor Company from April 1964 until 1973. The introduction of the Mustang created a new class of automobile known as the pony car. The Mustang’s styling, with its long hood and short deck, proved wildly popular and inspired a host of imitators.

It was initially introduced as a hardtop and convertible with the fastback version put on sale the following year. At the time of its introduction, the Mustang, sharing its underpinnings with the Falcon, was slotted into a compact car segment.

Sportsroof models were available in base configurations in addition to the Mach 1 and Boss 351 sport/performance options.

The Mach 1s were available with two-tone paint schemes, optional hockey-stick stripes, NACA (NASA) hood scoops (functional on examples ordered with Ram Air), color keyed side mirrors, and additional sports/performance options. All Mach 1 models came stock with urethane front bumpers and an alternate grille equipped with amber sportlights. Though the Mach 1 is often associated with the NACA hood (a no-cost option) and other styling cues, base Mach 1s could be had with the standard hood and the 302 2V engine.

Boss 351 examples were similar in appearance to the Mach 1, and included a larger black-out hood than Mach 1’s, front and rear spoilers, dual exhaust with no rear valance cutouts, and chrome bumpers paired with the sportlamp grill. 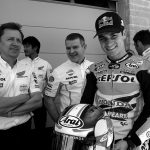 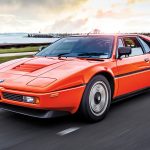