2019 will see the introduction of the W Series, a women’s single-seater motorsport championship backed by the Fédération Internationale de l’Automobile (FIA).

With six races scheduled, the goal of the W Series is to grow the female component in the major series of world motorsport – something that’s long overdue, and will be happily welcomed by many of those invested in the motorsport industry.

Here’s what you need to know about the W Series…

Who will race in the W Series?

The women behind the wheels of the W Series cars will be selected through boot camps and test drives by a panel of experts and, according to the promoter of the series, no driver will have to pay a single penny to participate in the championship.

What cars will be used in the W Series?

All W Series participants will race with the same car, the Tatuus F3 T-318, which will be approved according to current F3 FIA specifications.

The car, which is raised to modern F1 safety standards with Halo, a removable seat, impact panels and so on, can also count on a turbocharged 4-cylinder 270 HP engine, prepared by Autotecnica Motori. The set-up is completed by Magneti Marelli control units, Brembo brakes, and OZ 10 “x13” front and 12 “x13” rear wheels.

What is the history of women in motorsport?

Almost half a century has passed since the last woman, the Piedmontese Maria “Lella” Grazia Lombardi, took part in a Formula 1 Grand Prix. She was the second woman to do so in the history of F1, after Maria Teresa de Filippis almost 20 years earlier.

Since Lombardi and de Filippis other women have sat behind the wheel of the most powerful single-seater series in the world, but none have taken part in a race. Prominent names have included Divina Galica, Desirè Wilson, Giovanna Amati, Susie Wolff, Maria de Villota, Simona de Silverstro, Carmen Jordà and Tatiana Calderòn.

A recent victory is that of 21-year-old Ana Carrasco in the 2018 Supersport 300 Championship. Carrasco’s win makes her the first ever female rider to come out top in a World Championship in solo motorcycle road racing.

Is there any opposition to the W Series?

Perhaps predictably, the introduction of the series has generated some conflict amongst motorsport lovers.

Some have greeted the introduction of the W Series as a great moment for sport, and an extraordinary opportunity for grassroots growth for women’s four-wheel driving. Others, though, see the series as a defeat for women in motorsport and a tool for further discrimination – their argument being that both sexes should be encouraged to compete in the top flights of the sport.

Because of course, there are no actual rules that prevent women from running in the elite F1 series. Unlike in most sports, motoring and motorcycling have always been open to both sexes. In this context, the argument against the W Series is easier to understand.

Where is the W Series taking place, and where can I watch it?

Calendar, entries, television rights and other details have not yet been communicated – but watch this space, because we’ll bring you all the information on when and where you can watch the W Series when we have it. 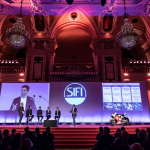 SIFI and LCR Honda Team: together for the eyecare cultureSport Sponsorship, Sports Marketing 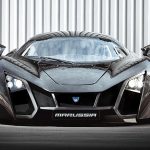