The Spyker C8 Aileron and C8 Aileron Spyder are Dutch supercars built by Dutch boutique manufacturer Spyker. They represent the second-generation efforts of the company and replace the aging C8 Spyder and C8 Laviolette. The Coupe Aileron was introduced at the 2009 Geneva Motor Show while the Spyder came a few months later at the 2009 Pebble Beach Concours d’Elegance.

Both cars are powered by a 400 hp 4.2 litre V8 sourced from Audi. The German powerplant is attached to a choice between a 6-speed Manual from Getrag or a paddle-shifted 6-speed Automatic from ZF. Compared to its predecessors, the Aileron is re-engineered from scratch, featuring a longer aluminum space-frame chassis supporting the machined aluminum aircraft-inspired bodywork and diamond-quilted, retro switchgeared steampunk interior.

According to Spyker, “The C8 Aileron’s design is heavily inspired by Spyker’s aviation heritage, as was the case with all previous models, but with a clear emphasis on the second-generation aircraft propulsion: the turbine rather than the propeller that adorned so many elements of the first-generation cars.” 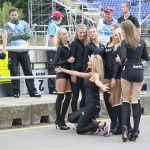 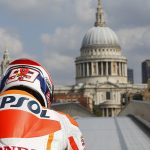