We all know how today’s world goes. Technology can be found everywhere, and every minute that passes by introduces a new change to the society in which we live in. Never before has today’s lifestyle been altered that much.

Literally speaking, it’s just like Christmas Day every day, with the seemingly unending introduction of new gadgets and gizmos. There’s always that new enticing thing that knocks on our doors every single moment.
One good example of this is social media. Since it entered the mainstream market in the early 2000’s, social media grew bigger by the day, even increasing in user-base exponentially. The number of social media users in 2011 was 1.22 billion.
However, that doubled in just four years as it reached the 2.14 billion users-mark in 2015. As of now, there are 2.46 billion active people in social media, and it’s expected to reach a whopping 3 billion in 2021.
This just proves that social media is becoming an even more important aspect of our lives as the days pass by. It deals a significant effect the way we live our lives. And together with our lifestyle, the sports industry, especially the betting sector, isn’t exempted from getting affected by this social media revolution.
In line with this, the spokesperson for the UK online sports betting company, Betting Sites, says that social media and sports events are in sync with each other.

What he means is that most (if not all) leagues and teams have their own social media profile, be it on Facebook, Twitter, Instagram, or even YouTube.
These sites have become more than just places where ordinary people interact, but it served as a haven for information concerning that specific league or team. We might have experienced scrolling through our Facebook or Twitter account and coming across posts from people that are related to major sports events.
It has just become part of our culture and routine to talk about these things in public. Parodies, memes, and wannabe analyses can now be found everywhere.

That’s how the world is going crazy about social media.
Because of this drastic change, the sports industry is experiencing, other aspects including sports betting are also affected. But in what way? Well, through the people who gamble! With the help of social media, people can now easily choose which teams are safer to bet on.
The days when people can fabricate statistics and information are gone because real facts are now available to everyone anytime they want. However, this comes at a cost because the people’s emotions are also greatly affected by social media’s presence.
Take for example NBA team, Los Angeles Lakers. Though the team is currently ranked 11th out of the 15 teams in the Western Conference, it still has one of the biggest fan-bases in the world? Why? Blame its long history of high-caliber players like Jerry West, Magic Johnson, and the recently-retired Kobe Bryant.
But how did they make it to mainstream media? Well, through social media. Without social media, the LA Lakers won’t be that popular. Having very weak odds of 400/1 for Finals contention, it’s easy to say that this seemingly forsaken team is out of the game. They’re so far away from the Golden State Warriors’ 8/13 odds or even the Cleveland Cavaliers’ 13/2 odds.
It seems like these teams are coming out of a fantasy world for them. Despite this, they’re still the stuff of news headlines. Even their recently drafted No. 2 pick in the 2017 NBA Draft, Lonzo Ball, isn’t that good-of-a-player. Most expert analysts even consider him as an over-rated rookie who’s been a product of hype and social media’s influence.
England’s Premier League is also a good example of this issue as football fans are among the most patronizing in the world. Arsenal has been one of the most loved teams in the league for years.
And because of this, people just can’t seem to move on even though it’s pretty clear that Wenger’s 125/1 odds are pointless. Add to the equation the fact that they’re ranked 7th in the league, next to Burnley, a hugely unpopular team that has odds of 2000/1.
Instead of football fans betting on Chelsea’s 60/1 odds or Tottenham’s 100/1, they still won’t leave Arsenal — because as what they say, they’re Gunners for life.
In short, social media can stir the minds of the people into putting logic aside, and disregard the statistics concerning the teams they should be betting on.

Online sports bookmaker sites like www.freebets.co.uk are very valuable as it’s where one can check if a team is worth betting on or not.
But even its statistics, odds, and additional information that can help you land the right pick is snubbed by many for the sake of listening what their heart desires. At the end of the day, it’s all about popularity. And social media is what brings popularity to a player, team, or league.
With this, it’d be wise to set aside one’s emotion and always question things around you. Is your choice a product of the hype surrounding the event? Or is it due to the gathered stats and info you came across from various sources? It’s in answering these questions that you’re able to increase your chances of winning. 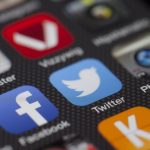 The Growing Impact of Social Media on SportSport News 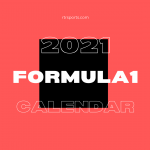