Vietnam might traditionally be seen as a nation that’s more invested in its football than its motorsports, but investments and additions to sporting calendars over the past few months might mean that all that is about to change.

Read on to find out how this Southeast Asian country is taking strides into motorsport, and what the effect on sports sponsorship in Vietnam and across the rest of the region might be…

Vietnam secures a spot on the 2020 F1 calendar

Sports sponsorship in Vietnam is likely to receive a significant boost next year, with the arrival of the country’s first F1 race. April 2020 will see the inaugural Vietnamese F1 Grand Prix, with a circuit in the capital city of Hanoi promising to provide a major boost to the country’s sporting economy.

Sports sponsorship opportunities are likely to be rife, with stars such as Lewis Hamilton drawing in the crowds both in person and across TV and social media. It’s already been noted that F1 itself could receive a huge financial boost by entering Vietnam – maybe to the extent of £500 million. Vietnamese conglomerate Vingroup has signed on as the event’s exclusive sponsor, in a multi-year deal that proves the future of sports sponsorship in Vietnam, especially when it comes to motorsport, is real.

Sports sponsorship in Vietnam: what about MotoGP?

It’s bikes, rather than cars, that the Vietnamese are truly passionate about. Does this provide an opportunity for MotoGP, and the sports sponsorship opportunities that surround it?

Across Southeast Asia in general, an interest in MotoGP is growing. Valentino Rossi spoke last year about the passion of the sport’s fans in Manila, predictions were made that 100,000 spectators would turn up to the inaugural Thai MotoGP in the autumn, and the Malaysian Grand Prix at Sepang regularly sells out.

According to CSM, the region’s passion for the two-wheeled race might in part come from the fact that motorcycles are a huge part of daily life for millions of people. When it comes to culture, MotoGP and the desire to ride is hugely relatable in the region – and none more so than on the streets of Hanoi.

2017 saw Yamaha recognize this passion, adding the Vietnamese flag to bikes ridden by the likes of Maverick Vinales and Valentino Rossi as a mark of appreciation towards their fans there. The country has been part of the MotoGP promotional rounds for a while.

So, what’s the future for MotoGP in Vietnam? We’re not sure yet – but since Rossi himself has expressed hope that we’ll see Vietnamese riders turning professional, the future for both audiences and riders in the country looks promising. Added to that the fact that MotoGP has been hugely successful in Malaysia and Thailand, and MotoGP could have a real opportunity on its hands. The future of sports sponsorship in Vietnam in looking bright.

If you wish to have more information on MotoGP sponsorships read Sponsorship Activation and please contact us at our email address: info@rtrsports.com

Want to find out more about sports sponsorship in Vietnam, Malaysia, Thailand and elsewhere? RTR Sports Marketing can help – give us a call to discuss. 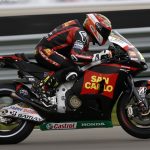 Is the sport you intend to sponsor in good health? Here is a simple way to find out!Sport Sponsorship