The Movistar Yamaha MotoGP Team gave an astounding performance in today‘s Gran Premio Motul de la República Argentina, securing an immaculate 1-2 finish. Maverick Viñales was in a league of his own in the 25-lap sprint, as he flew from sixth on the grid to first place. Valentino Rossi was a man with a plan for his 350th Grand Prix start and was in hot pursuit, to ultimately secure a brilliant second place ( Grand Prix of Argentina Race results).

Viñales stormed off the line from the second row and soon muscled his way to third place, putting pressure on Cal Crutchlow in second. He attacked in turn 7 on lap 3 and soon after took over the lead as Marc Marquez crashed out of the race.

Yamaha Movistar at the Grand Prix of Argentina

Now at the front, with a clear track as far as the eye could see, the Spaniard put his head down and pulled away from the field. He was completely in his element and rode a faultless race, steadily increasing the gap to the pursuing riders. The 22-year-old crossed the line with a healthy 2.915s lead, securing his second consecutive victory on the Yamaha with ease.

This amazing achievement not only makes Viñales the first Yamaha rider since Wayne Rainey in 1990 to win the first two races of the season, but it also brings Yamaha‘s Grand Prix win tally up to 499 victories in total. 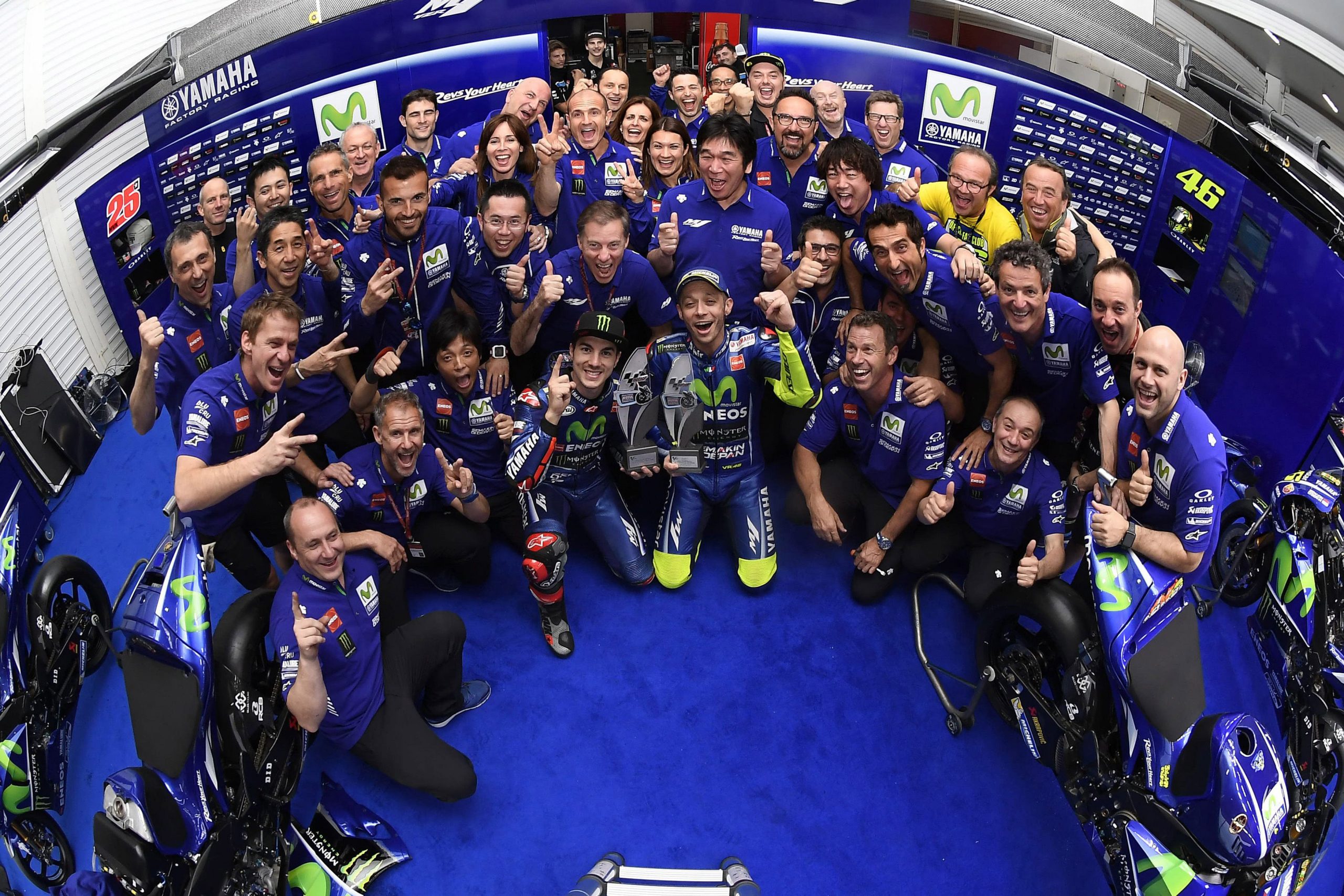 Rossi had a brilliant start from seventh, entering the first corner side by side with Viñales to exit it in sixth place. He soon flew past Dani Pedrosa and Karel Abraham with the intention to stick to the rear wheel of his teammate. With Marquez out of the race on lap 4, the Italian moved up to third and felt the lure of a second place.

With sixteen laps to go he dipped under the 1‘40s mark and closed right up to Crutchlow. As the riders behind them got involved in a scrap and were unable to match the pace of the three riders at the front, the Doctor had a comfortable margin of close to 5 seconds, allowing him to focus on the battle to come. The nine-time World Champion sized up the Brit carefully, choosing the best place and time to make a move.

With seven laps remaining, Rossi made a pass in turn 5 and made it stick. He followed it up with a couple of low 1‘40s laps to inch away from Crutchlow, making it a perfect Yamaha 1-2, the first since the Grand Prix of Le Mans in 2016, when he took the chequered flag 2.915s behind his teammate.

The Movistar Yamaha MotoGP Team will be back in action in two weeks’ time at the Circuit Of The Americas in Austin, Texas, in the United States 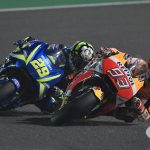 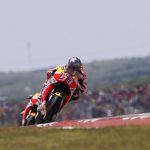