As well as Misano’s famed twists and turns, fans were also stunned by an altogether unexpected plot twist – in a fit of frustration, Moto 2 rider Romano Fenati grabbed the  front brake of rival Stefano Manzi at an eye watering 125mph.

The insanely reckless move has had the sport up in arms

The race incident has received viral views online and the stunt has also landed Fenati in the unemployment que. It has been confirmed the Monday following race day that Fenati has indeed been sacked by his Marinelli Snipers team. On the same day, his future contract with the MV Agusta-Forward Racing pair has been teared up. Today, official sources claim Fenati has lost his FIM license.

Fenati has expressed regret in light of his unsportsmanlike and life threatening conduct in a press statement issued. “…A disgraceful gesture”, “a horrible image…” and “I was not a man…” are just some of the self deprecating remarks issued by the young Italian rider, but can such a wanton disregard for his fellow racers safety and a blatant act of spite ever be forgiven in a sports series that has such a fractional margin for error?

It was clear from the statements issued by the Marinelli Snipers team that the ripple effect that resonates across the sport, culture and industry of premier class motorcycle racing was to be taken seriously and a clear zero tolerance response had to be firm and resolute. As one of the most passionate sporting events in the world, we can all relate to investing heavily into the emotional roller coaster that is racing, but when professional athletes behave with such cavalier consideration for safety, none of us can afford to let this slide. 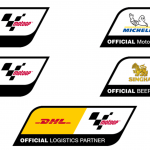