The FIA have revealed the configurations of the Long Beach and Monaco circuits that will be used in the upcoming rounds of the 2014/2015 Formula E world championship. Long Beach and Monaco are the two most famous street circuits on the calendar this year, but the full length versions used in IndyCar and Formula One are slightly too long for the series to use. Therefore these shortened versions have been introduced.

The Long Beach layout (shown above) misses out the famous turn 3 fountain section, but still retains the tricky final hairpin; one of the tightest in Motorsport. The circuit is a slightly modified version of the ‘East’ circuit of Long Beach, with a chicane implemented before what would be turn 1.

“The track layout Formula E will use is more similar to the old layout than the current IndyCar version. It’s obviously a little bit shorter, but the southern end of the track is the same as it’s always been and it’s a very interesting part of the circuit with the famous hairpin leading into the straight.” de Ferran said, “There’s a lot of time to be gained or lost at that end of the track – and I speak from personal experience! Also the two right handers at the north end of the track, especially the one at the end of the straight (turn 5), will provide great passing opportunities.”

“With the exception of one corner in the southern end, Long Beach is super wide, which is why traditionally you have such good racing there, because people can get side-by-side. It’s going to be interesting to see from a strategic perspective where the drivers are going to make the use of the boost to overtake each other. If you make it on one straight you can be attacked back on the next straight, so that’s going to be fascinating.”

The Monaco street circuit layout that the FIA have introduced for the Monaco ePrix sees around half of the Formula One Grand Prix circuit retained. Instead of heading up the hill after Saint Devote (turn 1), the circuit takes a tighter line onto a road that heads down to the Nouvelle chicane. Whilst missing out the famous Lowes hairpin and the tunnel, the track still features the fast and tricky Tabac corner and the Swimming Pool chicane.

Former winner of the Monaco Grand Prix, Jarno Trulli, who now owns and races for his own team in Formula E, thinks that the circuit will be challenging but will also provide great overtaking opportunities:

“I think it’s a reasonably good track and obviously the location is fantastic. It takes in half of the Formula 1 circuit, which is enough for the Formula E car and I’m sure it’s going to be good for overtaking,” Trulli said, “You can see that going down into the first corner there is a hairpin, then we head rearwards down towards the tunnel, where there is another hard braking with a possible overtaking point and then another hairpin.”

“From there you head back towards Tabac and the Swimming Pool corners, which in Formula 1 were very exciting and challenging. In Formula E cars they will be easier, but nevertheless still a challenge, especially the exit of the Swimming Pool, which is going to be pretty slippery. The last two corners are familiar from the usual Monte Carlo circuit so all in all it looks pretty exciting.”

The next round of the Formula E championship takes place on the new Long Beach circuit on April 4th, with the Monaco round following on May 9th. (Discover Formula E Sponsorship Agency) 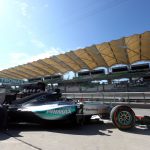 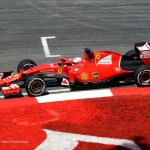