Nelson Piquet Jr has won the 2014/2015 Formula E world championship in the 2nd London ePrix. The Brazilian started the race in 16th place, but he fought his way up to 7th to claim the championship by just 1 point. British driver Sam Bird won the race in front of his home crowd after a post-race penalty for Stephane Sarrazin.

For the first time in the whole season, rain interrupted the one hour qualifying session before the race. The rain hit after the first group of 5 drivers had put in their laps, meaning that Stephane Sarrazin would be the shock pole-sitter ahead of Jerome D’Ambrosio and Loic Duval. The championship leaders were out in the 3 remaining groups afterwards, with the rain affecting them all differently. Yesterday’s race winner Buemi was in group 2, which saw the beginning of the rain. Nelson Piquet Jr, who was out in group 3, very much had the worst conditions of the championship challenging trio, with Lucas Di Grassi qualifying in the last group when the track started to slightly improve again. As a result of the rain, Buemi would line up on the grid in 6th, with Di Grassi 11th and Piquet all the way down in 16th with work to do if he wanted to retain his points lead to win the championship. At least Piquet would have FanBoost to help him through the order, but his strongest title rival Buemi also won the vote along with British driver Oliver Turvey.

So the inaugural 2014/2015 Formula E world championship would come down to one final race in London. Thankfully, the circuit had been modified overnight to smooth out the bump at turn 1, meaning that the 20 drivers could start on the grid instead of behind the safety car as they did yesterday.

Sarrazin held the lead through turn 1 ahead of Duval as D’Ambrosio bogged down with wheelspin off of the line. All 3 championship contenders gained positions on lap 1, with Buemi moving to 5th, Di Grassi into 9th and Piquet into 12th place; capitalizing on a Central London style traffic jam after a slow start for Fontana in the Trulli car.

Piquet was right on the back of his team-mate Turvey after his first lap gains, but he soon started to fall away. He was 4 seconds behind after 5 laps, with Piquet looking as though he was trying to save energy. This became evident soon after, with Piquet massively lifting and coasting into corners to save energy.

A safety car was feared for a number of laps after a collision involving Sakon Yamamoto and Jarno Trulli. Yamamoto made his debut in Formula E yesterday and has since been involved in 3 incidents. He misjudged the gap between him and Trulli into turn 3 which led to contact between right front and left rear. Yamamoto’s right front corner was damaged which led to his retirement. Debris littered the circuit, but brave marshals were soon able to clear the track with no safety car intervention.

Pit-stops began at the end of lap 14, with the top 2 of Sarrazin and Duval pitting along with Duran, Di Grassi, Turvey, Chandhjok, Fontana and Vergne. The rest of the drivers pitted on the next lap with the exception of Piquet; who had saved enough energy to stay out 2 extra laps on the rest of the field. Whilst Piquet was coming in, champion elect Buemi was in trouble. He spun out on circuit which put him right with Di Grassi. He then lost the fastest lap to Piquet’s team-mate Turvey; costing him 2 points. This coupled with Piquet getting out after his stop in 10th, meant that if the race finished in those positions that Piquet would be 1 point off of Buemi. There was an added risk of the NEXTEV TCR team swapping their drivers around which would give Piquet the point he needs to take the win.

The championship battle continued to hot up on  lap 20 with the deployment of the safety car. Fabio Leimer put his Virgin Racing car in the wall, leading the the Qualcomm safety car’s deployment. This would bunch up the field and would kick the championship fight into overdrive.

The safety car came in with 8 laps to go. 8 laps to decide the championship. Stephane Sarrazin held the lead, but Sam Bird took both D’Ambrosio and Duval to get into 2nd in his home race. Further back, Piquet and Turvey both used their FanBoost’s with Piquet vying to take the 2 extra points for fastest lap; which could be crucial in the championship fight to Buemi. The NEXTEV TCR team then swapped their two drivers around, with Piquet passing Turvey before devouring his way by the next car of Duran around the outside at the bus-stop chicane. This, unbelievably, would mean that Piquet would win the championship by 1 point should everyone maintain their positions for just 5 more laps.

Buemi was desperate to get by Bruno Senna for 5th place. If successful, the move would give Buemi the title. However this was not as simple as it sounds, with Senna defending like a mad-man to keep his best finish of he year. Even FanBoost wouldn’t give Buemi the place, with Sebastien surely contemplating a last lap lunge. He thought about it into turn 3; practically pushing Senna round the turn; but to no avail. Down into the final chicane, Buemi through caution to the wind and dived down the inside, but despite massive contact Senna was able to hold Buemi at bay.

Stephane Sarrazin somehow crossed the line to win the race, but it was soon cruelly taken away from him as he had no energy remaining. This meant he would be given a post-race 40 second penalty. This handed the win to Sam Bird; a home victory for the Virgin Racing driver. 2nd and 3rd place would be the two Dragon racing drivers of Jerome D’Ambrosio and Loic Duval.

Bruno Senna held off a literal last lap assault by Sebastien Buemi to take his best finish of the year in 4th place. Buemi crossed the line in 5th; gesticulating madly at Senna. This was because although he finished directly ahead of title rivals Di Grassi and Piquet, he would not walk away with the title. Unbelievably, thanks to safety cars, driver swapping, fastest laps and disqualifications, Nelson Piquet Jr would be crowned the first ever Formula E world champion by just one single point ahead of Buemi. He somehow climbed from 16th on the grid to 7th to take the title.

Behind the champion came Salvador Duran, who had succumbed to a brave pass from Piquet in the closing stages. He would finish ahead of Oliver Turvey, who will be one of Piquet’s best friends after obliging to a request to let his team-mate past in the middle of the race. Nicolas Prost would take the final point in 10th place.

So after 11 races at some of the most challenging street circuits in the world, Nelson Piquet Jr emerges as the 2014/2015 Formula E World Champion by a single point. Team e.dams Renault take the team’s championship ahead of Dragon racing.

It cannot be denied that Formula E has truly made it’s mark on the world of Motorsport. The season has seen some unbelievable races, overtakes and even crashes; all right from the opening round last September in Beijing. What a season we have seen in Formula E’s first ever season. The action is set to ramp up over the next few years, as Formula e transforms from a spec-series to a development battle between teams.

All in all, Formula E has well and truly arrived. We have witnessed the start of a new era in Motorsport; with Nelson Piquet and e.dams Renault the first champions of the pioneering, all-electric championship. 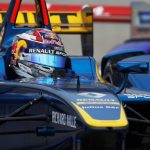 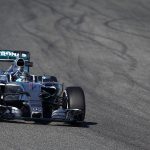