Main Sponsor, Top Sponsor, Title Sponsor, Official Sponsor, Front Sponsor, Minor Sponsor: these are all types of sponsorship that fill up the Internet (and the newspapers), but often risk to lead astray first-time novices in the world of sports sponsorships or the most curious fans.

Let’s clear all doubts having a look at the definition of these terms, which are not that mysterious after all.  The names of the different sponsorship types or levels, to be more precise, are left to the imagination of those who prepare the sponsorship packages (the set of rights that the sponsor buys from a team or a club).

Types of Sponsorship: Something to fit everyone’s tastes

The above mentioned list of names may be supplemented with others, such as Gold sponsor, Silver sponsor and Bronze sponsor – recently, I even happened to read Platinum Sponsor -, in addition to technical sponsor or technical partner, Series’ sponsor, which are quite popular, and many more.

Practically, each type of sponsorship package is given the name that the package maker likes best ….. But what does a package contain? This is definitely a more interesting aspect to investigate. Let’s take the example of Title Sponsors.

A Title Sponsor is the main sponsor, the most important one. This sponsor gives the team its name and colours (e.g. Monster Energy Yamaha Team or Repsol Honda Team) and, as is obvious, it is the one enjoying the greatest visibility.

The title sponsor has the privilege of filling most of the space on the fairing – between 60% and 70% of the square centimetres available (motor bikes are one of many applications, including football jerseys and other team sports, and generally any other medium used by the different sports disciplines).

The percentages above are also valid for all other supports used by the team: clothing, hospitality facilities, means of transport, letterhead, overalls, website, and so on and so forth.

In addition to higher visibility, the Title Sponsor also acquires a larger number of rights or, in any case, more extensive rights than any other partner. For instance, Titles Sponsors have more hospitality tickets than other partners, the rider/driver will be available for them or team staff will be attending their events on more occasions, in addition to having a larger number of merchandising items and gadgets to give out, and so on and so forth.
The team, on its turn, has the key role of providing for a fair balance among invested budget, official name and benefits included in the packages.

Marketing rights: the gist of the deal

Regardless of the level of investment and the resulting qualification, all types of sponsorship basically buy one simple thing: marketing rights. In other words, they acquire the right to use the name, reputation and image of the sponsored entity/person in any and all communication activities, prior authorisation by the team.

It goes without saying that this is the most important right in all sponsorship packages and it offers the sponsor the opportunity to say “I am in it” using various means. This right has very positive side effects. Sponsors appearing on a jersey or a fairing are dragged into any communication campaign that the other team sponsors may undertake. If the team you are sponsoring has partners with significant budgets, you may end up being involved in TV, billboard and press campaigns to a far greater extent than you had expected at the beginning of the season. If this makes you sleepless because you are concerned that your brand may be shadowed by others, please be informed that sponsorship agreements normally include a clause by which the sponsors are prevented from shadowing the other existing brands when they use the image of the team in communication.

Minor sponsor: should this term be crossed out?

The term “minor sponsor” is the quite popular, yet awful term used to indicate smaller sponsors. Smaller sponsors are extremely helpful to the teams and they contribute to making their management more secure. The spreading of risk is essential and no team can afford to put their destiny in the hands of two or three partners only. Crises of any type whatsoever, including those that are not necessarily connected to the company performance, may endanger the sponsorship programme to such extent that it is terminated with potentially fatal repercussions on the team who may lose most of the resources required to carry on their professional sporting activity.

Official partner is the best definition, in my view. This is not merely the most elegant term, but it is also the most accurate one. The significance of a sponsor should not be measured exclusively by the size of the financial agreement signed by the parties. Any partner, each with its own history, is an important contributor.

Definition of sponsors in MotoGP

Almost all MotoGP teams have a title sponsor after which the team is named. The name is used in all team communications to the outer world and in all official sports communications, from press releases to presentations, from graphs presented on the TV to naming sponsorships in sector magazines.

Excluding Aprilia and Suzuki, the nomenclature of the teams is derived from the Title Sponsor. Some are historical sponsors, such as Repsol, and they are now part of the team DNA. Others, such as Mission Winnow (the innovative Philip Morris project) or Monster Energy, are making their very first appearance as title sponsors in the world motor championship.

The rule by which each team define their own sponsors according to internal logics also applies to MotoGP: some may call them sponsors, others may call them partners, some call them official, main or technical sponsors and others use the term suppliers. The point is that each team refers to the different levels of sponsorship as they like best and this poses the risk of creating a little confusion in those less experienced. The golden rule is: challenge the maze and find your way out of it.

Last, but not least, it is worth pointing out the key role of technical sponsors in MotoGP as they supply materials to the teams (or at least they are supposed to). Normally, they are companies from associated sectors that use the Series to show their customers how their contribution, including in R&D, is essential to achieve high level performances and results on the race track.

A note on flexibility and the need for tailor-made

Finally, and before wrapping up, a word of warning on the many dangers imposed by anything “standard”. Anytime we talk sponsorship two questions arise: What are the sponsorship levels and what are the connected benefits? We have seen in the above paragraphs how sport properties use different names for different packages, and how different benefits are linked to different levels of sponsors.

However, and this is especially true in this day and age, the beauty of sponsorship lies in its huge flexibility and customization possibilities. Mixing the right benefits and tools and getting only what’s needed, getting rid of what is non-necessary, is the name of the game when you’re looking at efficient and effective sponsorship programs.

Each and every sponsorship proposal should therefore be preceded by a thorough and clear research on the company’s marketing and commercial goals and on the ongoing communication strategies.

While, for example, visibility is often highlighted as one of sponsorship’s top benefits, many companies do not actually need their name and logo on a racing motorbike, and could (and should) trade that brand exposure for increased social media support or B2B introductions.

If you have any curiosities on how to build the perfect sponsorship plan for your brand, do not hesitate to get in touch with us today at info@rtrsports.com. 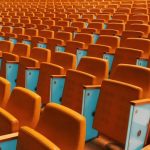 Why should you choose a sponsorship agency?Sport Sponsorship, Sports Marketing 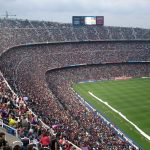 Why should companies sponsor? Let’s begin with the basesSport Sponsorship, Sports Marketing