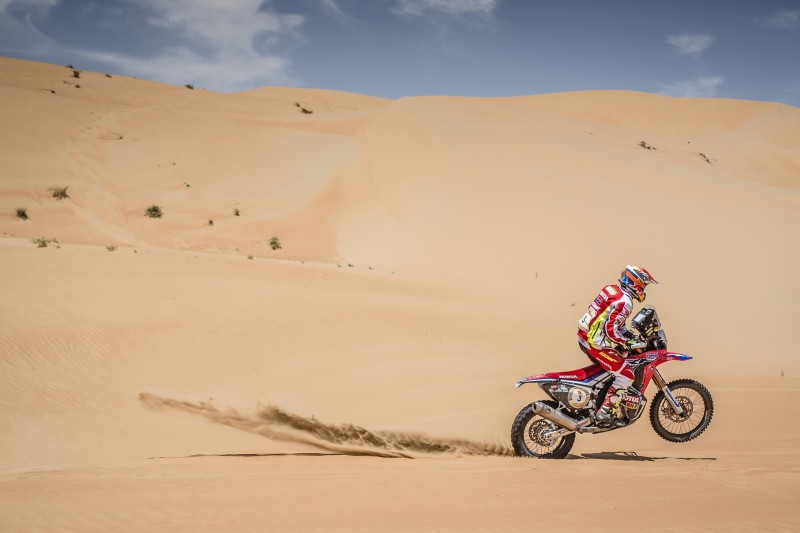 Round two of the FIM Cross-Country Rallies World Championship gets underway next week with a Team HRC squad made up of Paulo Gonçalves, Joan Barreda and Jeremías Israel. Barreda triumphed in the 2014 edition.

The Middle East will once again be hosting a world championship event – this time the Sealine Cross-Country Rally held in the Qatar peninsula – just two weeks after the end of the Abu Dhabi Desert Challenge. Team HRC will this time line up the triumvirate of Paulo Gonçalves, Joan Barreda and Jeremías Israel.

Paulo Gonçalves goes into the race as current world championship runner-up and will be jostling for front positions alongside Joan Barreda, winner of last year’s Sealine Qatar Cross-Country Rally, as well as endeavouring to help fine-tune the Honda CRF450 RALLY’s performance. Jeremías gets a great opportunity to continue to hone his road-book reading and interpretation skills as the rally features some rather demanding navigational stretches.

The Sealine Qatar Cross-Country Rally begins at the Losail circuit with the scrutineering and preliminary checks, then it’s off to the Qatar peninsula where the stages will be battled out. 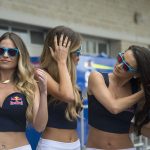 Gallery: Behind the MotoGP scenes at Austin with Mirco Lazzarigallery, Motor Racing, Motorsports 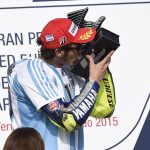