The 2021 MotoGP Championship has just ended, but the next 2022 season is not that far away. The MotoGP paddock will kick off the new year in style with three events in Southeast Asia:

The Moto2 and Moto3 classes will enjoy just one test session at the Jerez circuit from 22 to 24 February. So, there are only two months left and we will be able to sit back on the sofa to have some fun watching the spectacular races of the fastest two wheels in the world.

Where and how can you watch the MotoGP races?

First, let us remember that over 200 nations in the world receive the live signal of the races: the MotoGP and its spectacular races start from the track and get into 432 million homes in the world. These are truly huge numbers and represent the pinnacle of a very detailed and robust strategic plan that sees the synergistic commitment of an entire organization, including a huge production and distribution.

The MotoGP World Championship is in fact a perfect example of how one of the most important and followed sporting events in the world is managed and organized, especially when it comes to building and distributing a high-level entertainment show.

How is MotoGP produced and distributed around the world?

For each race, more than 18 hours of live content are processed thanks to 66 live feeds and more than 180 HD Live cameras: if you think about it, when you watch the official qualifying or the race, the footage comes from as many different points like the On Boards cameras on the bikes , high speed cameras, the ones from the helicopter , chest cams and many other sophisticated equipment that broadcast live, covering every point of view and angle to give the spectator a complete and full idea of the experience on the track.

The graphics, telemetry, heartbeat modules and more are also handled by Dorna itself and contribute to create as many as 14 Terabytes of content for each race, then delivered all over the world via fiber and satellite also thanks to the support of Tata Communications. 150 media professionals work tirelessly at each event to enable detailed and tailored distribution. The MotoGP TV Live signal reaches more than 200 countries for a total of 22,208 broadcast hours.

432 million of homes on the planet are connected via cable / satellite networks while, on site, 11 television stations, 7 international photo agencies and 50 press agencies deal with customized broadcasts for the most important markets such as the United Kingdom, Spain and Italy.

Having said all the above, I’m sure your question is now: so how and where to watch MotoGP 2022, and is it via pay tv or can we watch MotoGP for free?

Just 10 days ago, Dorna has announced a new agreement with Eclat Media Group for exclusive broadcast rights of the MotoGP Championship from October 2021 until the end of 2026. Over five seasons of agreement that will expand coverage for more MotoGP ™ fans of 15 territories in Southeast Asia.

The agreement includes both exclusive paid and free-to-air broadcasting and digital rights for MotoGP ™ in the Republic of Korea, Brunei, Cambodia, East Timor, Hong Kong, Laos, Macao, Mongolia, Myanmar, Philippines, Singapore, Taiwan, and Vietnam, as well as the host nations of the Malaysia and Thailand Grand Prix, and the pay TV rights for MotoGP in Indonesia.

Here is a list, although not complete, of the most important broadcasters that broadcast the vision of MotoGP in each country.

MotoGP fans can also enjoy the full experience of the MotoGP through the Video Pass. The official online video platform of MotoGP gives the opportunity to watch special contents and races even from mobile. The MotoGP Video Pass experience, which can be enjoyed anywhere from any device live or on demand, allows the viewer to follow four feeds simultaneously by splitting the screen and playing with different video configurations for each session of each race. Highlights, custom replays, and an impressive library of world-class MotoGP content are available to subscribers in 1080p quality. The programming is substantial, and the distribution is equally so, we just have to wait a little bit to restart with the new season.

If you would like to know more about any opportunity related to MotoGP, do not hesitate to contact us. 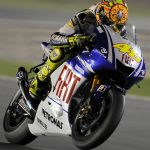 Thank you Vale. And for today, let’s not worry about tomorrowMotoGP, MotoGP 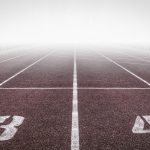