LCR Honda rider Cal Crutchlow rounded off a satisfactory final test ahead of the 2017 MotoGP World Championship season with a busy final day at the Losail International Circuit in Qatar (read our article Cal Crutchlow No Man is An Island to discover more about the talented British Rider). The completion of Sunday’s session marked the end of official preparation for the new term which gets underway at the same venue in two weeks’ time.  Look at the MotoGP  Test Losail Results…

Crutchlow completed a total of 70 laps on day three, securing plenty of valuable time in the saddle of his RC213V ahead of the forthcoming campaign. He posted the eighth fastest time of the day, which saw him finish the test ninth in the combined standings – above reigning world champion Marc Marquez who ended in 11th place overall.

The impressive Maverick Vinales again topped the timesheets on Sunday, as he did during every session of the three days. However, with less than 1.3 seconds covering the top 18 riders in the final standings, 2017 promises to be a fascinating season in the premier class. 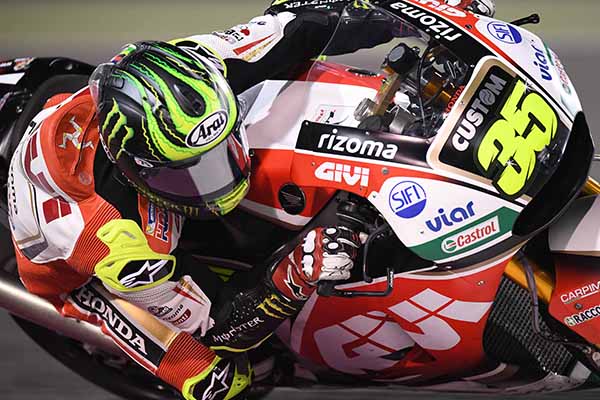 “Today was a positive day, we are happy with what we managed to get through. We worked well as a team again and completed the plan that we had set ourselves. We managed to do a 16-lap long run, unfortunately during that I made a small mistake with the buttons on the handlebar, but we were quite happy overall. The final lap time was not very good and I pushed for a lap time on the final lap, but I crashed as we had a malfunction with a part that we think was damaged yesterday. But this is racing and now we look forward to the first round which is very close and hopefully all the fans do too.” 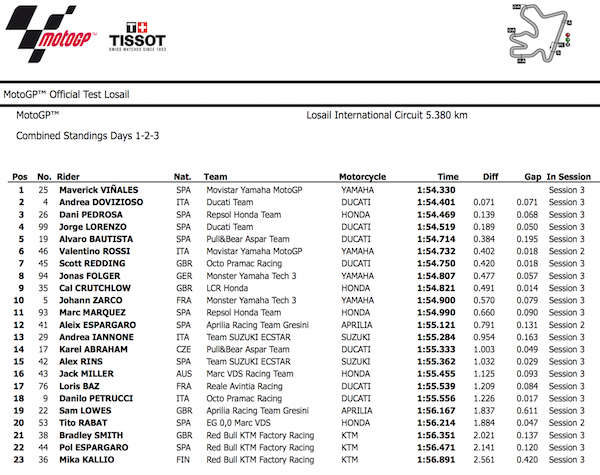 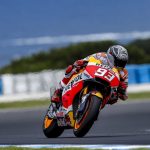 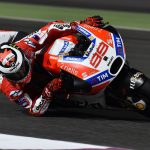