Four races. Four podiums. Four wins. In each session, all lap time records have been obliterated. MotoGP has become increasingly one sided with the impeccable riding and adaptation of last year premiere class (and likely this year) champion Marc Marquez.

Last year’s runner up, Jorge Lorenzo, has not shown the

form and speed to match the young Spaniard. Many have been looking for him to bounce back after having two bad races in the start of the season and finishing an impressive third at Argentina. Lack of physical conditioning and training is what Lorenzo is attributing his downfall. As with the latest race in Jerez, Lorenzo said afterwards the race that he just felt tired and physically incapable of mounting some serious challenge with the other riders.

Valentino Rossi, who has claimed a lot of victories and podium finishes in Jerez can only marvel at the braking points and racing lines adopted by Marquez to overtake him in the first three laps. Valentino Rossi tried every trick available in his arsenal to prevent the reigning champion from overtaking him, but a small margin is what Marquez needed and once he claimed the front position, there was no relinquishing.

Dani Pedrosa who has also had a good string of success at Jerez was not much of a factor except in clinching the final podium position from Jorge Lorenzo and trying in the last two laps to catch Valentino Rossi to at least try to make it a 1-2 Honda finish. Pedrosa ran out of time to mount some serious challenge to the Doctor and have had to settle for third place.

At this stage, it is fair to say that Marc Marquez is unbeatable – being the best rider adapting to the best bike on the grid and making the best tire choice. His riding style has been complemented by the handling of the Honda, while the Bridgestone tires allows him to take on those racing lines with which the other riders does not even dare try to tread on. Marquez in his natural form has probably accepted the law of physics with regards to finding the outer limits of racing. No other rider on the grid continously and consistently tip the bike front under braking and make a turn using just the front tire while on very high lean angles. Upon securing the turn, he flips the bike upright and rolls enough power on the throttle to boost his acceleration forward. Doing such riding at this level in every part of the track requires very little room for error. But Marquez has also mastered the art of turning that error into something that helps him further in the race.

The other thing going on for Marquez is that he has completely psyched the competition into submission. The degree with which he overtakes the other riders and maintain the lead is something unprecedented in the history of MotoGP. Casey Stoner was probably the last rider in the premiere class which comes into mind who adopts such tactic, but he does not even come close in being regarded as unbeatable. With Marquez, everything looks so easy that the race is essentially over the moment he gets the front position.

For the other top guns in MotoGP to make themselves relevant again to be considered for wins or even challenging Marquez, they would need a lot of things going – physical and mental health, major bike improvements, speed and consistency. Still, all things considered, everybody knows that they need to employ a strategy – something different and surprising that would at least unsettle the young Spaniard from running away at the front. 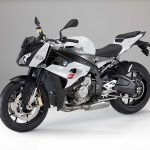 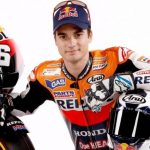