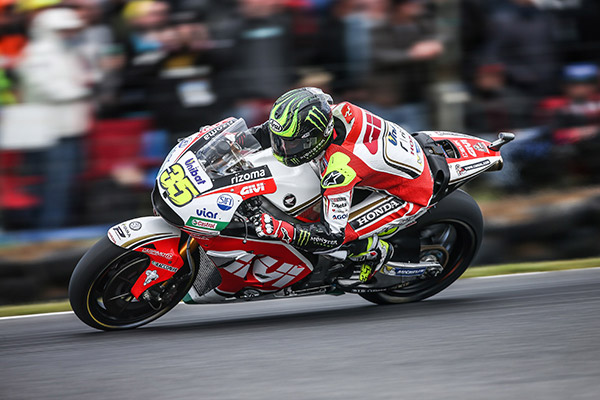 Cal Crutchlow capped his incredible MotoGP season by taking a second victory of the year at the Michelin Australian Motorcycle Grand Prix, beating Valentino Rossi by over four seconds at a sunny but chilly Phillip Island circuit in Victoria.

The LCR Honda man started the Australian MotoGP from second position on the grid, and took a gamble by deciding to fit the hard option front tyre to his factory Honda RC213V

With the race taking place at 4pm local time, temperatures were dropping rapidly and there was concern about his choice when world champion Marc Marquez crashed out in front of him on the same rubber.

However, Crutchlow managed his tyre to perfection, pulling away from the rest of the field to lead by over six seconds at one point. He was then able to manage the gap in the latter stages of the race to become the first ever Briton to take victory in an Australian GP. He is also the first Brit to take more than one win in a MotoGP season since Barry Sheene in 1979, 25 points which cement his stranglehold on top Independent Team rider in the championship.

With wife Lucy and baby daughter Willow currently on their way to Malaysia for the penultimate round of the world championship, it will be a joyous family reunion as the paddock moves on to the Sepang International Circuit next weekend.

“I was terrified when Marc crashed out in front of me, I braked really weakly into that corner for the whole race. I knew it was critical, because I crashed there from second a couple of years ago when I had a ten-second gap behind me, so I was quite scared to be honest. With that in mind, I also knew I had to keep pushing because otherwise I would lose heat in the front tyre.”

“I was actually quite confident that I could have caught Marc today, but once he crashed I just carried on at the same pace and then the last ten laps or so I didn’t really push, I just made sure I kept heat in the front. I actually pushed more on the laps when the sun wasn’t out, because when it was I could be a little more relaxed. It might sound strange, but this is Phillip Island and anything can happen.”

“I’m really pleased for the LCR Honda Team, they have done a great job this weekend. I was confident I could have won even with Marquez in the race, but Honda have done a really good job with our bike, there’s no doubt about that. We can now look forward to the last two races, and then see what happens for next year.” 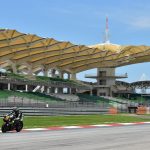