Honda celebrates half a century since it first entered premier class World Grand Prix racing, by photographing its original racing machine, the RC181, alongside its current MotoGP contestant, the RC213V.

The photo session was a rare event, bringing MotoGP’s current top riders Marc Marquez and Dani Pedrosa from Repsol Honda Team face to face with a championship-winning bike from half a century ago. The photo shoot was conducted at Twin Ring Motegi, which will be hosting Round 15 of the FIM MotoGP World Championship, the Grand Prix of Japan, this weekend.

Honda first entered World Grand Prix racing in 1959, in the 125cc class at the Isle of Man TT. Two years later, Honda claimed its first victory, and its first championship title. In 1966, Honda forayed into the premier class (which was the 500cc class at the time).

The extremely powerful RC181, powered by an air-cooled 4-stroke 4-valve straight 4-cylinder DOHC engine, debuted in the opening round, the German Grand Prix, to claim its first victory with a dominating 26-second lead. It went on to win 5 of the 9 grands prix in the season, not only giving Honda the manufacturers title, but contributing to Honda’s clean sweep of all five classes (50cc, 125cc, 250cc, 350cc, and 500cc).

Since then, Honda has won 277 500cc / MotoGP grands prix (at the end of Round 14 this season), and 38 riders and constructors titles. The RC181 is the machine that marks Honda’s first step into successfully competing in the premier class. 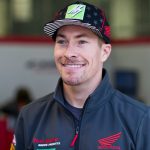 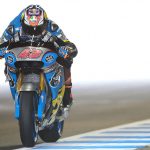