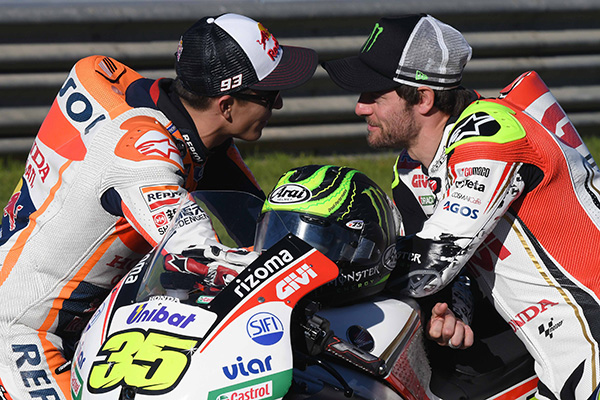 The MotoGP World Championship comes to a close this weekend at the Ricardo Tormo Circuit in Valencia, after what has been a pulsating 2016 season, featuring two glorious victories for the LCR Honda Team and their British rider Cal Crutchlow.

To celebrate his excellent performances this year, Crutchlow attended the EICMA motorcycle show in Milan this week to spend time with several of the LCR Honda Team’s sponsors and meet hundreds of his adoring fans.

The icing on the cake for the team this year would be to secure the position of Top Independent Team rider, and with a 17-point advantage over his nearest rival, Crutchlow knows that an eighth place finish or better in Valencia would be enough to take the trophy back to the Isle of Man.

“Valencia is always a difficult one to try and win, because the Spanish are always so strong here, but I’m looking forward to the last race of the season with the LCR Honda Team. There is talk of some rain for Sunday, but we have to approach things the same whatever the weather is.”

“I think the LCR Honda Team has done a good job this year, I’m so pleased with the way things have worked out, but I do look forward to getting to the off-season and having a bit of a break!”

“It was good to go to EICMA yesterday, despite the extra travel, because we got to see lots of our team’s sponsors and show our appreciation to them for backing our project.”