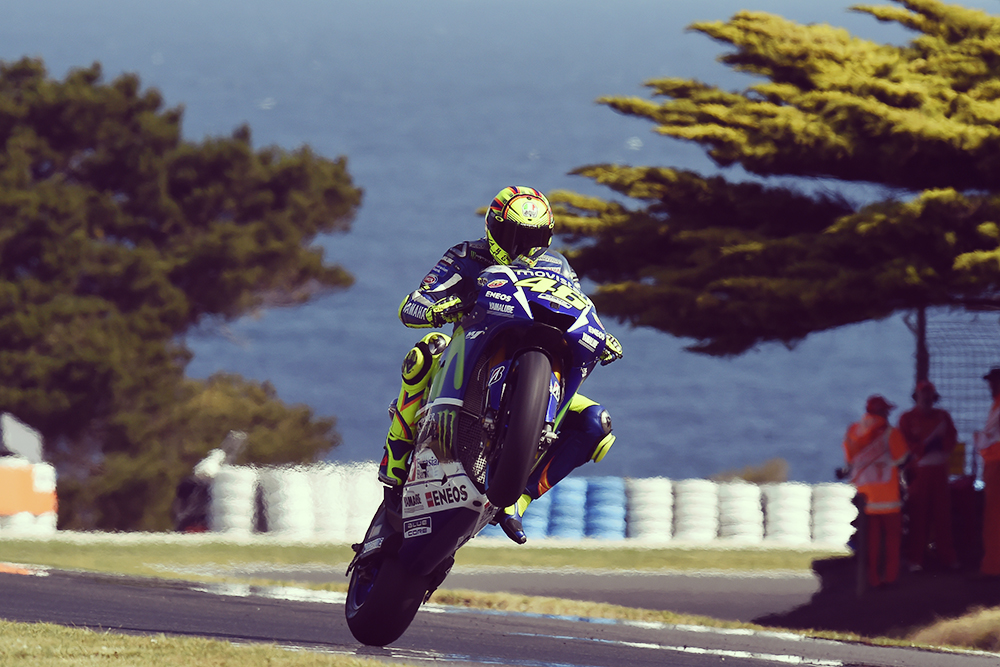 Fully committed to his goal to decrease the 18-point gap to Rossi in the championship standings, Lorenzo seamlessly continued the impressive pace he displayed at the two previous Grand Prix. Despite a stiff breeze and a consistent drizzle, he was soon on the pace and took over first place in the final twelve minutes, setting a best time of 1‘30.047s. The session was brought to a premature end when rain picked up seven minutes later, allowing the Spaniard to hold first place with a comfortable 0.348s margin over his closest rival.

Lorenzo continued his form in the dry afternoon session and it only took him five laps to post a time of 1‘30.144s and shoot to the top of the provisional ranking order. He spent what was left of the 45-minute session testing the asymmetrical tyre and held onto the lead for most of the second free practice, before the times started to drop in the last minutes. Lorenzo responded by dipping under the 1‘30 mark, posting a strong 1‘29.433s lap to take second place.

Fully aware that every session is crucial when to trying to maintain the lead in the championship, teammate Rossi also wasn‘t shy to show his riding skills in the damp morning session. He steadily upped his pace to briefly move up to second position at the mid-way stage of FP1 with a 1‘31.103s lap. He continued to better his time by more than half a second to a 1‘30.572s lap as the session progressed and finished in third place.

In the sunnier afternoon session, the Doctor further upped his pace and initially topped the leaderboard when he dropped a low 1‘31 lap, which he soon improved to a 1’30.557. While Rossi tested the asymmetrical tyre, the pace of the field increased. The Italian answered by setting a low 1‘30 to slot into second place just 0.058s behind his teammate. He went on to further better his best time to a 1‘30.041, but it wasn‘t enough from him to hold his position and he fell back to ninth place. 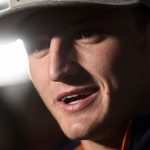 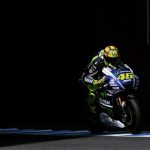