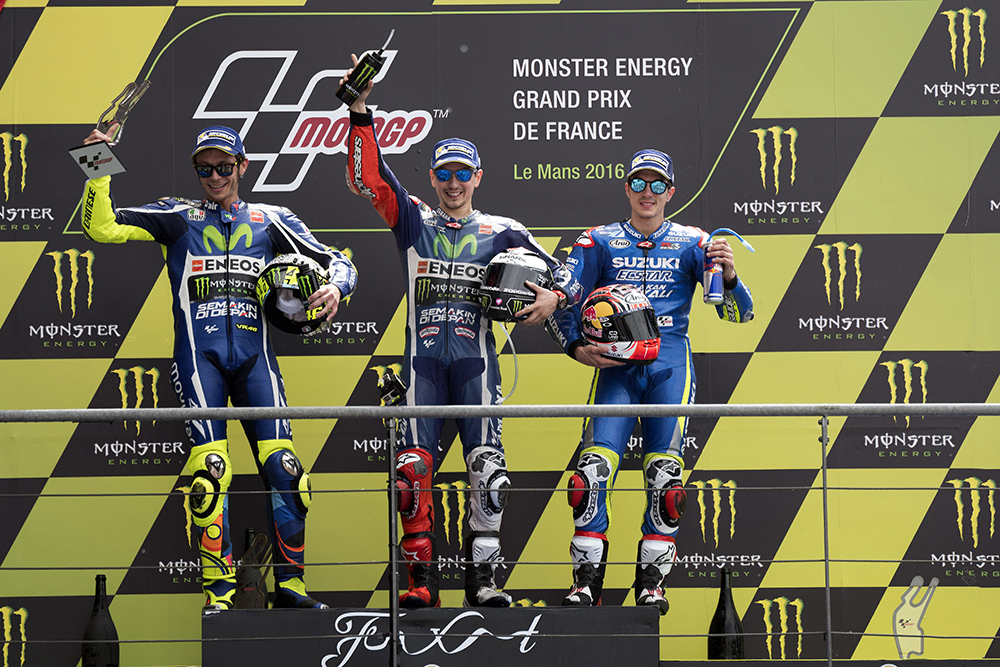 France MotoGP: After dominating the pace in most free practice sessions and qualifying for pole position at the Le Mans Bugatti Grand Prix race circuit, Movistar Yamaha MotoGP‘s Jorge Lorenzo rode his YZR-M1 to a flawless victory today at the Monster Energy Grand Prix de France to take over the lead in the championship standings. Teammate Valentino Rossi followed up his strong win in Jerez with a brilliant race on French tarmac, crossing the finish line in second place to collect twenty vital points.

Lorenzo started the 28-lap sprint exactly as he had planned. As the lights went out he had a lightning start from pole position and took the holeshot to create 0.4s lead after the first lap. Followed by Andrea Iannone and Andrea Dovizioso, he put his head down and dropped quick laps to keep a consistent gap of little more than half a second until, with 23 laps left, it was time to break away.

With clear track in front of him and behind him, the triple premier class World Champion rode consistently fast lap times in the 1’33s to manage the gap to his pursuers that had rapidly grown to more than two seconds.

Lorenzo was in a league of his own and remained unchallenged for the rest of the race. Leading the race from start to finish, the freshly turned 29 year old marked his birthday by securing a perfect victory, with a more than ten second margin, and to top off the celebrations he also took over the top spot in the championship standings.

Teammate Rossi brought the heat to the racing action today, fighting his way up the order from his seventh place grid position. The Doctor had a challenging start from third row but quickly moved into sixth position before getting involved in a scrap with Pol Espargaró and Bradley Smith in the opening laps.

After muscling his way past his fellow Yamaha riders with strong but fair passes, he quickly went on to take fifth place from Aleix Espergarò after the third lap. The nine-time World Champion then set his sights on Marc Marquez and increased his pace as he closed down the 1.3s gap, posting a 1’33.293s, the fastest lap of the race.

With 20 laps to go Rossi moved up to fourth place as Iannone crashed out, which spurred him on to fight for a place on the podium. Having saved his tyres, he lined up his Spanish rival and under loud cheering from the fans he made his move in the Garage Vert corner on the next lap.

Now in his element he overtook his next target, Andrea Dovizioso, up the inside in Musée corner. Though he was unable to stretch his lead when in second place, he kept pushing his YZR-M1 to the limit until Marquez and Dovizioso got caught out in turn seven while trying to keep up with his pace. With twelve and a half laps left to go, Rossi was no longer under pressure. Unable to close in on his teammate, who had a gap of more than 5.2s, he focused on managing his advantage over Maverick Viñales in third place and landed a second consecutive podium finish, taking the chequered flag 10.654s behind his teammate.

Lorenzo‘s first place earns him 25 points, while Rossi adds 20 points to his score. These results put the Mallorcan in the lead in the championship standings on 90 points, five points ahead of his closest rival. Rossi stays third in the rankings with a 78-point total, seven points from second place. 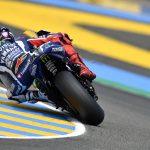 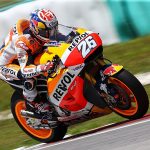