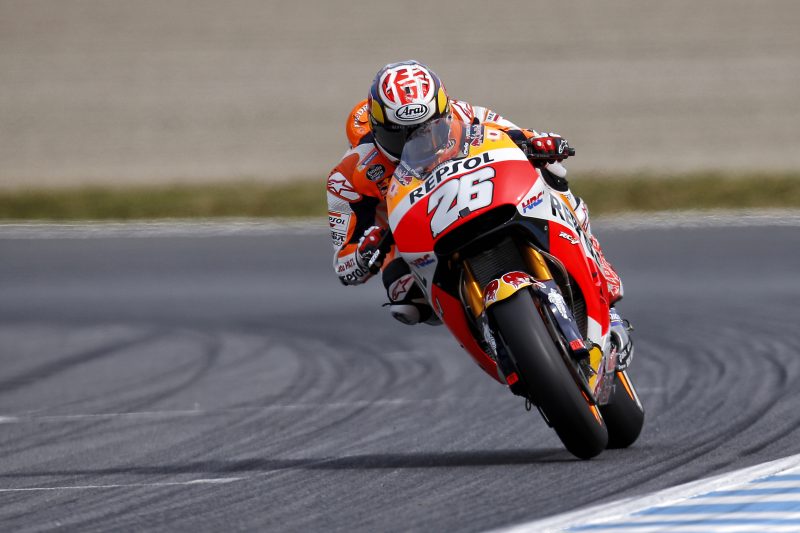 Dani Pedrosa fell heavily Friday during Free Practice 2 at Motegi, suffering a right-collarbone fracture that will exclude him from the Grand Prix. Dani will take a flight back to Spain later this evening in order to undergo surgery. The Repsol Honda rider will be replaced by HRC test rider Hiroshi Aoyama.

Marc Marquez started the weekend on a positive note, doing productive work on the setup of his RC213V. He set the second-fastest lap time in FP1 and the fourth-best in FP2. He showed a good pace in both sessions despite a small crash in the afternoon, when he was trying the harder front tyre option. He immediately re-joined the action and further improved his lap time.

“I’m very sorry for Dani, as it seemed that he was really coming back to his usual speed. I just wish him a quick recovery. Regarding today, honestly, the feeling was better than I was expecting here. I thought we would struggle a bit more, but from the beginning I didn’t feel so bad and we were able to do a good job on the bike. In the afternoon I had a small crash when I was trying the harder front tyre spec and I was trying to push a bit more, but I was able to continue on the same run and improve my lap time, which is a positive. I know that our opponents are quite strong here, but we’re not far off.”

“I’m obviously very sad about what happened, as I was looking forward to racing in Japan at Honda’s home circuit and one of my favourite tracks. I was on the out-lap of my last run in FP2 when I momentarily lost the rear entering turn 11, and when the tyre found grip again it launched me in the air. There’s not much more to say; now I just want to focus on recovering in order to get back on my bike as soon as possible. My best wishes to Hiro (Aoyama), who is replacing me and will race in front of his home crowd.” 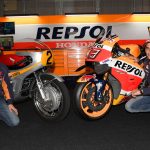