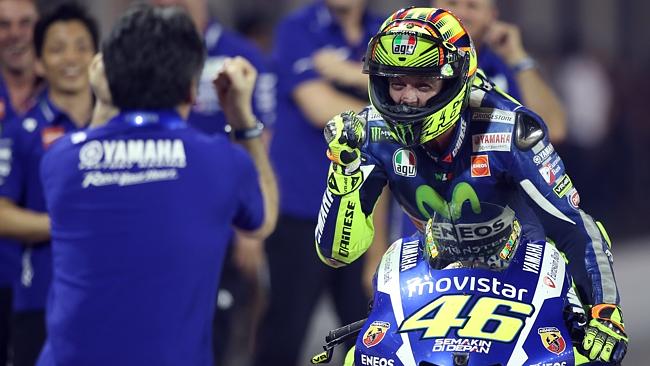 After a fantastic victory by Jorge Lorenzo and a strong third place from Valentino Rossi in Aragón that saw Movistar Yamaha MotoGP take the Team World Championship Title, the team prepares for the first of the three flyaway races at the Grand Prix of Japan.

Still on a high from clinching the World Championship Team Title at the Gran Premio Movistar de Aragón, which shares the same title sponsor, the Movistar Yamaha MotoGP team is greatly motivated to tackle the next challenge at another significant round. They will start the tripleheader overseas races with a home Grand Prix for Yamaha at the Twin Ring Motegi circuit.To mark the occasion, both Valentino Rossi and Jorge Lorenzo will attend a promotional “tour” in Tokyo on Wednesday, when they will visit Yamaha Motor Co., Ltd.’s PR office downtown, hold interviews with local media, greet several technical partners, pay a visit to Bridgestone and JX Nippon Oil & Energy (Eneos)’s head quarters and meet with their top management.With a busy schedule ahead of him, Rossi is more than happy to come to Japan and looks forward to meeting the passionate Japanese fans. He continues to lead the championship with a 14-point margin over his teammate. Feeling in top shape, he again aims to fight with front-runners this weekend to defend his provisional first place in the overall standings. The Doctor is no stranger to the Japanese rostrum. He stood on the top step at the Motegi circuit in 2001 and 2008, scored second place in 2000, 2002, 2003, 2004, 2006 and 2009 and achieved third place in 2010 and 2014.Teammate Lorenzo suffered a small crash during training last week, but he is fit to compete and eager to keep the momentum going after his brilliant win in Aragón. He looks forward to returning to the Japanese track, where he has scored many spectacular victories. Over the last six years, the Spaniard has climbed onto the top of the Motegi podium three times, winning the Japanese GP in 2009, 2013 and 2014, and finished in second place in 2011 and 2012.The Twin Ring Motegi circuit was built in 1997 for test purposes. The 4.8km road circuit was first visited by the MotoGP circus in 2000 as it hosted the Pacific Grand Prix and it instantly became a major attraction for motorsports fans thanks to its rich motorsports heritage. In 2004 Motegi replaced Suzuka circuit as the host of the Japanese Grand Prix and remains a circuit that produces lots of memorable and exciting racing moments as the end of the season comes in sight.

We’re on our way to Motegi to begin a very important part of the season. Motegi is a track that I like very much. Here I made a good race in the past and also last year I had a good weekend but Jorge was stronger than me so he won. For this reason I will have to give my all because there are only 14 points between him and I. These points may seem a lot but they are few. We must give the maximum because we are competitive, which we have demonstrated up to this point. There will be three races in a row and it will be important not to make any mistakes, but at the same time make sure to get the best possible results. I feel good. In Aragon, during the test, I crashed but there were no further consequences, only a little abrasion on my arm. I’m fine and I’m ready for the tripleheader!

I have still great feelings from Aragon. It was a nice victory in front of our home crowd. We were also able to achieve the World Championship Team Title for Movistar Yamaha MotoGP. The weekend was perfect and we could make up some good points compared to Valentino. The championship is amazing in this last part of the season but from now on we need to stay more focused if we want to keep the momentum and try to win the title. Next stop is Japan a place where I have good memories, especially from the last two years. Motegi is a typical stop and go circuit but for some reason I could do great races in the past even if it may be better suited for our rivals. This year we go there eager to do another great battle so hopefully we could do another nice race and try to make the championship tighter. As you may have heard, I had a small incident while I was training but I’m well, I just have a bit of pain in my left shoulder but I will race without any problems in Motegi. 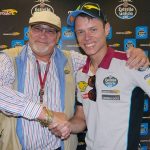 MotoGP: Rabat to move up to MotoGP with Marc VDSMotor Racing, Motorsports