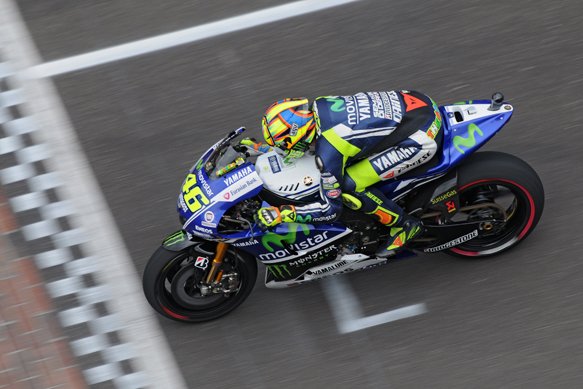 After a three week MotoGP drought, this week the Movistar Yamaha MotoGP team will be back in action at the legendary Indianapolis Motor Speedway as they defend their top spot in the championship standings.Last year’s Indianapolis Grand Prix saw a brilliant scrap at the front that resulted in teammates Valentino Rossiand Jorge Lorenzo taking a double podium finish.As with last year, Rossi has enjoyed a very successful first half of the season. He has finished on the podium at every round so far, led the standings from start to date and claimed a GP win in Qatar, Argentina and the Netherlands. Having been able to fully recharge during his holiday, the Doctor returns to the scene ready for action and aims to extend his championship lead over the coming nine rounds.Teammate Lorenzo had a challenging start to the season, but made a sensational comeback at Jerez. This home race victory marked the beginning of a stunning four GP winning streak that lasted until Assen. The summer break not only gave the Spaniard time to unwind but also allowed him to get his physique up to a new level, leaving him ready to give his all during the rest of the season.Thanks to his strong start to the season, Rossi leads the championship with a 179 point total and a 13 point gap to Lorenzo in second place. Both riders are eager to climb onto Indianapolis Motor Speedway’s podium again this weekend.Though originally constructed in 1909 it wasn’t until 2008 that MotoGP arrived at the ‘brickyard’. Rossiconquered the first Indianapolis GP when he bravely withstood the remnants of Hurricane Ike to take the chequered flag in brutal conditions. One year later it was Lorenzo’s turn to claim the win and he returned to the podium four more times over the next five years.Though both riders admit that Indianapolis is not their favourite circuit, they like the layout that consists of 16 turns and an incorporated main straight of the famous oval. Last year’s resurfacing of the 4.170 m long track has also improved the grip level considerably for the riders, which gives the fans plenty of overtaking action to look forward to. 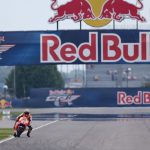