Daniel Simon (born 1975) is a German concept designer and automotive futurist. He is best known for his vehicle designs in movies like Tron: Legacy and Oblivion, and his book Cosmic Motors. Simon began his design career in 1999 at Volkswagen (Wolfsburg) under the leadership of Hartmut Warkuss and designed cars for Seat and Lamborghini under the supervision of Walter de Silva. In 2001 he was contracted by the Volkswagen Group‘s advanced studio (Design Center Europe, Sitges), where he participated in the reincarnation of the Bugatti brand. He left the Volkswagen Group as a senior designer after completing a concept car in 2005. Between 2005 and 2007, Simon continued consulting for Bugatti and developed futuristic virtual vehicles for his book Cosmic Motors, published in 2007 by Design Studio Press. Upon its release, Cosmic Motors topped the automotive best-seller list of online retailer Amazon.com. It has received positive reviews from design icons such as Chris Bangle, Freeman Thomas, Syd Mead and Ryan Church.
In 2011, Simon was appointed to “create a dynamic new corporate image” for the Hispania Formula One team‘s second season in Formula 1. He designed the livery of the team’s F111 car. The newly established Lotus Motorcycles group hired Simon in 2013 as the designer for the first Lotus Motorcycle C-01. 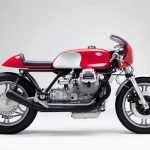 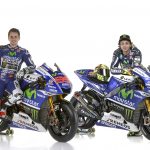