In some ways, we could call the victory of Ana Carrasco in the 2018 Supersport 300 Championship a revolutionary one. As the first time a woman has won an official two-wheel international championship, it’s doubtlessly a historic event – both for women in motorsports and motorcycling in general.

Proof of this comes not only in the huge amount of media coverage given to the news but also the fact that, at the Thailand MotoGP Grand Prix press conference, the theme of women in motorsport was widely discussed by both riders and other industry professionals.

A woman with many records

However, Carrasco is the first woman to win an international motorcycle championship – in an impervious and difficult class.

Her result, though, did not surprise either fans or insiders. That Carrasco had a strong future has been well known since her eighth-place win in the Moto3 GP in Valencia in 2013 – although the past years of Moto3 probably did not show her true potential.

Her recent results may have been less than satisfactory, and alongside her team’s financial difficulties and various injuries, she has not always appeared hugely competitive.

At this point the eternal question rears its head again: can women in motorsport be competitive at the very top levels?

To answer this question we could easily dwell on tired reasoning, that is risky and has already repeatedly addressed. The spectrum of questions is wide, starting with the difference in physical performance between men and women and ending with inevitable and annoying theories about machismo – and so on.

Instead, it is up to those who work within the field of sports sponsorship to investigate the relationship between women and motorsport in the broadest sense and see how this area of the sport can be utilized into positive action for brands.

Female are a big part of the audience

Looking at the official statistics of the MotoGP World Championship, it turns out that the female audience affects a large part of Grand Prix audiences, both at home and on the track.

According to CSM International GMBH & Nielsen Sports, out of every ten spectators in the top two-wheeler series three are women. These are interesting figures, especially when the very large scale of the MotoGP audience is considered. The championship has more than 2.6 million people registering at circuits every year, meaning more than 800,000 girls and women have seen a live Grand Prix in the past nine months.

Unfortunately, there are relatively few market statistics that tell us about the female impact of motorsports – but those that do exist are encouraging. According to a survey conducted by the Motorcycle Industry Council (MIC) in 2015, in America 14% of motorcycle owners are women, and that number more than doubled in the preceding decade.

There is also an interesting finding about the average age of a woman driving – women are often about 15 years younger than their male colleagues: 35 against 49.

This evidently speaks of an evolving market and of a growing passion, which is emerging both in the young and the very young. The reasons for this very welcome trend are to be found in society and in the breaking down of gender norms, but also in the inclusive development of certain manufacturers. Some areas of the motorcycle industry have, for some time, taken more inclusive paths towards the women’s market, especially in terms of marketing – finally clearing the image of the badly behaved, dirty motorcyclist and replacing it with something altogether more positive.

Production has improved too – the Ducati Scrambler Sixty2, the Triumph Bonneville T100, the HD Sportster 883, the Moto Guzzi V7 and the Yamaha MT-07 have more than one eye on female consumers and have as a result seen great success.

A new direction of the two-wheel movement

How can all of this seek to involve the whole motorsports industry, from racing to the road market? How can the success of Carrasco and the rise of the women’s motorcycle market be linked?

Perhaps it can be suggested that the bike – a holistic system – must become as inclusive within the market as possible, leaving behind a history that has often meant stereotypes and rooted, bogus prejudices. Widened participation for the entire two-wheeler industry would hold incalculable opportunities. It is not irrelevant to remember that a huge amount of marketing, sponsorship and communication directors of big, international companies are women – and that it is necessary to have the right tools at hand if you want to communicate effectively with these decision-makers and with the public of consumers.

In short, the victory of Ana Carrasco is an incredibly important one – but above all is a significant cultural indicator of the direction the entire two-wheel movement is taking. It is, without a doubt, good news for everyone. 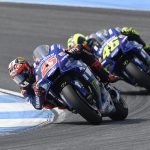 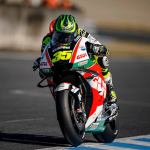