By Riccardo Tafà
Posted
In Sport Sponsorship
Sponsorship and hooligans. How to deal with violent fans2018-05-292021-12-15https://s3.eu-west-1.amazonaws.com/static.rtrsports.com/wp-content/uploads/2022/07/nowtavola-disegno-1.pngRTR Sportshttps://s3.eu-west-1.amazonaws.com/static.rtrsports.com/wp-content/uploads/2015/11/other-sports.png200px200px
0

Unfortunately, the one between sponsorship and hooligans can be a tough combo to deal with. Can a sponsoring brand have problems because of the team’s supporters? Fans, especially in some disciplines, love their team madly. Attached to this visceral love for their team, sometimes, there is a profound dislike for the opponents.

Team sports are generally those that suffer from this issue

Football and other disciplines strongly linked to the geographic origin of the team, may show us the worst side of supporting from time to time.

In football, for example, you rarely see a fan cheering for the opposing team. An exception, perhaps the only one I remember in the last 20 years, is the case of Cristiano Ronaldo‘s overthrow in the Champions League match between Real Madrid and Juventus, when the whole Juventus Stadium, albeit in front of a heavy defeat, could not but applaud the athletic gesture of a great champion. In the vast majority of cases, we hear booing and insults, or witness fights and riots, to the point that stadiums and their surroundings need to be protected with police, weapons and armed escorts.

Can this parochialism influence the buying choices of a fan? Sadly, it can. And the connection between sponsorship and hooligans can become a hot potato to handle.

Supporters and sponsors have a special bond

We know there is a special relationship between the supporters of a team and the sponsors. This relationship of sympathy and preference results in the purchase of products and services by the fan.

Let’s be frank: do I choose the bank that sponsors my favorite team or that of my archenemy? Do I pick the car brand associated with the squad I hate or any other brand? Give the fan the opportunity and he will choose the brand associated with his team or beloved athlete, rather than the one close to their opponents (women are less affected by this aspect than males *).

Therefore, this aspect must also be addressed when we face a sponsorship program; we should not only think with our guts, as a fan, but rationally. We have to think about the target of our brand/company and what we want to achieve. And not focusing on the games that we’d like to go to watch.

If we stick to football, the moment that unites everyone under the same flag is connected to the Euro Cup or the World Cup. Wonderful events whose weakest point -marketing-wise- is the fact that they are held every four years.

If we want to be there for our customers, season after season, and we keep in mind what we have just mentioned, maybe we also look at the sports that at first sight do not seem as popular as football but which are fortunate because they do not divide.

At the time of choice, the CEO and the marketing director must always remember this.

If you want to talk about sponsorship and alternatives to football such as motorsports and MotoGP we can always be reached at info@rtrsports.com 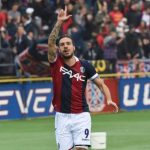 Sponsorship: what happens if your team doesn’t win?Sport Sponsorship 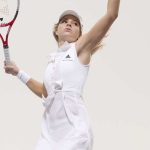