In an announcement made in March, German energy drink Jungle is set to become the official drinks sponsor of top-flight Ghanaian Premier League team Ashanti Gold SC. Jungle joins BetWay and a number of other African companies in supporting Ghana’s most successful football team.

Indian telecommunications multinational Airtel, which has a huge presence across multiple African countries, has traditionally been highly invested in supporting youth sport across the continent. This includes academies and the Airtel Rising Stars competition, which has taken place in countries including Tanzania, Ghana and Nigeria.

In terms of sports sponsorship in Africa, Airtel is responsible for the largest sports sponsorship deal in Ugandan history with its partnership with football governing body FUFA. Announced in 2017, the deal is reportedly worth $2.75 million.

When it comes to sport sponsorship in south Africa, motorsport might not be the first sport that springs to mind. However, even if other sports might appear more obvious contenders – cricket, rugby and of course football, to name just three – German automaker Volkswagen is investing in the future of motorsports on the continent.

February 2019 saw the announcement of the Volkswagen Motorsport Academy, which will nurture the South African motorsports stars of the future and even give them a shot at potentially being part of the official Volkswagen factory team.

Sports sponsorship in South Africa: time for the reemergence of MotoGP?

Africa has a decent pedigree when it comes to motorsport, with South Africa alone producing a fair few international stars – including upcoming rider Brad Binder, who currently rides for KTM in the MotoGP class and believes that “something is changing” when it comes to MotoGP appreciation in his home country. Kork Ballington, the South African rider who won four world titles in just two years, was inducted into the motorcycling Hall of Fame last year.

There is also a history – if somewhat of a patchy one – of MotoGP racing in South Africa itself, with the country’s last GP race taking place in 2004.

So, could we see MotoGP return to Africa in the near future? We’d never say never, especially when the economy of the continent and the scope for sporting and leisure activities to become lucrative is growing. Watch this space… 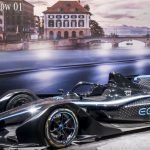