Valentino Rossi has raced his last MotoGP race yesterday in Valencia. It is the end of an extraordinary and unique career, but also of an incredible chapter in the history of this country and of this sport. We must look back at it with a pure sense of joy and pride.

Those who do this job cannot fail to write these few lines today. We are aware that this is not a sports newspaper, that the ghosts of the SEO advise us against it, and that all this will fall – inevitably – into a huge will-o’-the-wisp in which reason and legend will be confused for a few days. We are not even sure whether it is reverence or respect, beauty or self-love, chivalry or already melancholy.

I’m writing these lines as you would write the last letter at the end of a nice trip, as you would take the last photo before returning from a beautiful vacation, or as you would send the last email before shutting down your computer and leaving your job forever. 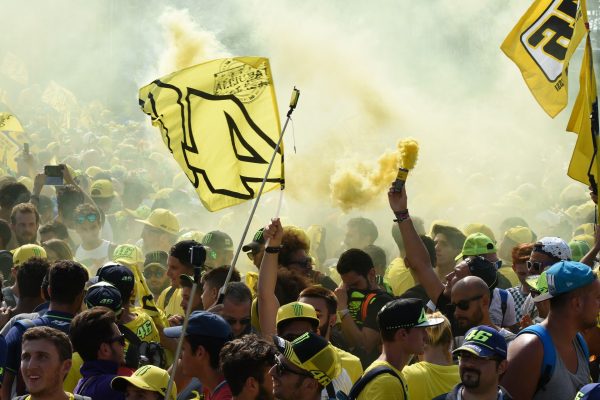 It is easy today to fall into sentimentality, to open the drawer of memories and pull out an anecdote. On the other hand, everyone has a story about Valentino Rossi. Like that time in the disco with Cesare Cremonini, or that other time when he was there in Tavullia eating pizza with the friends of a lifetime or when he almost ran over that guy in the paddock with his scooter. None of these stories are necessarily true or false, but it doesn’t matter either: everyone has a story because this is their way of feeling a little closer to something that resemble a legend.

With Valentino‘s farewell to MotoGP – with his best race of the year – not just a chapter, but a piece of motorsport history has come to an end. Numbers aside, which are clearly extraordinary but do not complete the narrative around the 46, Rossi has had the great merit of being the most emeritus interpreter of a sport that for a full twenty years has been recognized and identified with him. Never has any athlete had the same, symmetrical, and perfect overlap that Valentino had with motorcycling. We’re talking Jordan, Maradona, Senna, Ali.

In short, it is not yet clear whether it is Rossi who is a motorcycling icon, or motorcycling that is Rossi’s icon. If it is true that Valentino is much more than an extraordinary interpreter of this sport, it is also true that MotoGP has changed a lot from the noisy, joyful but also a bit clumsy handful of daredevils of twenty-five years ago. In this journey, the two of them helped each other, growing up together as old friends who know each other very well and then are there, in a suit and tie to witness each other’s wedding.

For two decades, Vale has been the public face of a movement that has patiently and wisely worked behind the scenes, cleverly renewing itself and growing with great management skills. Supported by the popularity of VR46 and aware of not having to worry about keeping up the fire of enthusiasm, which the man from Tavullia was already taking care of, Dorna has put together an international sports series, very popular, technologically very advanced and projected to the future. Valentino was there, taking all the flashes and feeding the hungry lion of the media, while leaving the expansion of the championship, the work with broadcasters, the growth of a digital strategy to Carmelo Ezpeleta and his team, creating one of the five most famous sports leagues in the world on social networks.

There will be plenty of time to understand what is coming afterwards. Today is not a day for statistics or accountants. For once, you can and should leave the numbers aside and just think about how much fun we had. Think about our favorite Valentino Rossi story. Like that time at San Siro cheering Inter Milan when the guy spilled a beer on him at the bar, or when he took a long motorbike ride from Misano to Tavullia to say hello to everyone or when you entered the VR46 head quarter – all mirrors and reflected lights – to find him sitting there with a Yamaha world champion bike parked next to his desk. True or false, real stories or just myth, it doesn’t matter.

Yet there is one thing that is true: Valentino does not leave a void, not at all. On the contrary, like all the greatest he had the ability to lift hearts and leave behind a wonderful legacy. The cynic is surely there to remind us that the estimates on the audience and commercial value of MotoGP without the Doctor are less than a thirty percent of what it is now, but he forgets to count on how much the man has given to the movement, both in a tangible and intangible way.

Intangible, yes. Even those who do this job and write these lines today cannot help but skim the cream from the milk of this story with the tip of the knife and understand that first of all, the Valentino legacy is measured in love. The love of an audience for his hero, of a country for his flag-bearer, of many generations for its winning, smiling, funny and eccentric front man. Marketing, audience data and engagement figures aside, Valentino is and will always be the one who on Sunday 14 June, 2009 overtook Lorenzo on the Catalan humps of the Barcelona circuit and won an era-defining race.

Rossi’s farewell to racing does not remove Valentino from the equation that will give life to MotoGP in the coming years. While the VR46 brand and the enthusiasm of the fans will transcend the presence or absence on the tracks, just as they have transcended the presence or absence of the sporting result, in the same way the new generations of VR46 riders will hold high the name of Tavullia and the legacy of a project that – we can say – has saved this sport, at least at the Italian level. 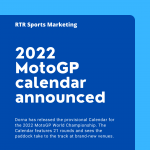 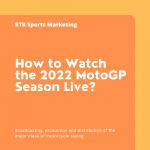 How to Watch the 2022 MotoGP Season Live?MotoGP, MotoGP