Below we publish the complete list of sponsors for the 2020 MotoGP Season, team by team.

Some useful information for our little research, now in its second year.

First of all, all the sponsors of the 11 teams in the Championship were drawn directly from the official communication tools of the Teams, from the websites to the newsletters to social media. Therefore, although drafted with great attention and with the utmost scruple, this list is to be considered purely indicative and must be taken for what it is: an overview exercise on the status of MotoGP sponsorship.

Likewise, while some teams do sort between the various sponsor categories in an “explicit” way, dividing them into “main sponsors“, “official partners” and so on, not all teams choose to give a nomenclature to their partner companies. For pure research criterion, we have given autonomous nomenclatures to the various subdivisions, where present, or left a generic “official sponsor” where no distinctions had been previously made.

You will notice that there are 12 tables, compared to only 11 official MotoGP teams. This happens because we wanted to divide the LCR Honda Team into Team Castrol (Cal Crutchlow) and Team Idemitsu (Taka Nakagami). It is a requirement that arises from the internal dichotomy of Lucio Cecchinello’s squad, which has very different sponsor profiles for the two riders.

In total, 290 sponsors are listed, 19 more than the last edition. This does not mean that there are 290 different sponsors in MotoGP but that, adding all the sponsorship programs, the number is 290. Some brands appear in multiple teams, such as in the case of Alpinestars, Red Bull or other partner, or even in all teams, as is the case with tire supplier Michelin .

Given the necessary premises, we believe that this exercise of ours outlines a commercially healthy championship. The companies are numerous and – more importantly – from very different sectors and countries. The presence of both huge brands and more territorial realities tells us a lot about the effectiveness and flexibility of the sponsorship tool, capable of adapting to any type of goal and background.

As always, we remain available for any requests and curiosity related to MotoGP sponsorship at info@rtrsports.com 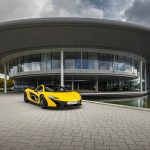 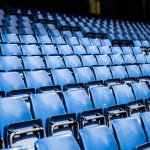 Sponsorships and the Coronavirus. Diminishing the effects on sports investmentSport Sponsorship