With the entire Formula One world reeling after the tragic San Marino Grand Prix where both Roland Ratzenberger and Ayrton Senna were killed, along with a lucky escape for Rubens Barichello and several fans, the general consensus was that something had to be done to prevent drivers dying in the future.

The drivers agreed that something had to be done following Ratzenberger’s crash in Saturday qualifying. Niki Lauda, who narrowly escaped death following his infamous Nordschleife crash in 1976, urged Ayrton Senna to use his status as F1’s most famous driver to call on the FIA to bring in new safety changes. They did this by planning to reform the Grand Prix Drivers’ Association which had been disbanded 12 years beforehand.

Senna never got to chair the association, as the talks took place less than 24 hours before he too would be killed in the race. But the talks didn’t cease. Following Karl Wendlinger’s coma inducing crash at the next event in Monaco and Andrea Montermini’s heavy shunt in Catalunya, action began to take shape.

A number of different strategies were implemented in the wake of the season to try and prevent fatalities. Amongst the first changes to take place was the introduction of temporary chicanes on some of the circuits on the calendar. Catalunya and Spa Francorchamps were the notable cases, with chicanes put in before the Nissan and Eau Rouge corners in an attempt to slow the cars down before the high speed sections.

Permanent changes to Formula One circuits were later introduced, with the Imola circuit being the most affected. Tamburello corner, the site of Senna’s tragic accident, was completely changed and turned into a chicane. The following Villeneuve curve was also changed, with another chicane placed prior to the infamous high speed kink, where Ratzenberger’s incident took place.

Circuits are now designed with safety in mind. New circuits such as Bahrain, China, Malaysia, Yas Marina, India and many others have got much more run-off areas that seen in the circuits of yesteryear. Every single circuit is lined with new, softer barriers which are designed to absorb most of the energy in a crash. Highly advanced TECPRO barriers have also been implemented in particularly dangerous locations. These barriers prevented Sergio Perez being injured in an identical incident as suffered by Karl Wendlinger at Monaco.

Car design was arguably as important a revelation as circuit design. Much focus has been placed upon the area of the car directly surrounding the driver, known as the ‘survival cell’. This area, along with the rest of the car, is now made of strong carbon fibre, which can resist high speed impacts as well as possible penetration from debris. Changes to the fuel tanks have also greatly improved safety, with the old metal tanks replaced by flexible and almost impenetrable rubber casings. This has stopped the previous trend of cars bursting into flames after a crash; as seen in Niki Lauda’s near fatal crash in 1976 and Gerhard Berger’s crash at Imola in 1989. Wheels are now attached to the cars via Tethers too keep them from falling off and possibly injuring other drivers, spectators and marshals; as seen in the 2001 Australian Grand Prix when marshal Graham Beveridge was killed by a runaway tyre.

Head and neck support for the drivers has also seen a breakthrough in the wake of 1994. In 2003, the FIA made the Head and Neck Support (or HANS) device mandatory for all drivers. The device rests on the drivers’ shoulders and is attached to the interior of the car to prevent sudden movements of the drivers’ head. This was the cause of many injuries in the past. Helmets have been strengthened massively over the course of recent year’s, with the near bullet-proof nature paying dividends when Felipe Massa was struck on the head by a suspension spring at the 2009 Hungarian Grand Prix.

Some of the most essential changes to modern F1 safety were bought on by the late Prof. Sid Watkins. Sid was a great friend of Ayrton Senna’s and was mortified following the Brazilian’s death at San Marino, having been on the scene helping as the on-course Doctor. He pushed for changes to be made to the medical care available to injured drivers at the circuit. Medical cares with paramedics on-board can now reach an accident at any point of any track within 30 seconds of the incident. Each track is now equipped with a top-level medical centre with surgeons and other medical staff on hand; along with a helicopter to transport a driver to the nearest hospital if the need should arise.

It is easy to only remember the 30th of April and the 1st of May 1994 only as the tragic days when we lost Roland Ratzenberger and Ayrton Senna; quite rightly in fact. But we should also remember that Grand Prix weekend as the event where Formula One, and indeed Motorsport across the globe, got the kick up the backside it needed to change it’s ways.

Since that day, not a single driver has been killed during a Grand Prix weekend, which is a testament to the incredible advancements in driver safety that were introduced as a result of the awful crashes suffered by Senna and Ratzenberger. We’ve seen drivers survive horrendous crashes, such as Robert Kubica’s Canadian crash in 2007, Felipe Massa’s incident at the 2009 Hungarian Grand Prix and Mark Webber’s high speed flip and crash in the 2010 European Grand Prix. All these incidents, arguably, would’ve resulted in tragedy had they taken place in what is known as the ‘killer years of Formula One’.

Let me be clear, I am in NO WAY saying that we should be thankful that the event happened, but we should celebrate and congratulate all those who made these changes happen so that we no longer have to face such tragedies now and hopefully in the future; not just in Formula One, but in Motorsports across the world such as NASCAR, IndyCar and MotoGP.

RIP Ayrton Senna, Roland Ratzenberger and every other driver who has been taken from us. We miss you all. 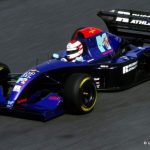 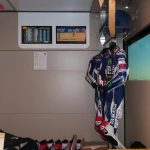