By Emanuele Venturoli
Posted
In MotoGP, Sport Sponsorship, Sports Marketing
The reasons for Mir’s success: a story of intelligence and pragmatism2020-11-182020-11-18https://s3.eu-west-1.amazonaws.com/static.rtrsports.com/wp-content/uploads/2020/03/rtr-gold.jpgRTR Sportshttps://s3.eu-west-1.amazonaws.com/static.rtrsports.com/wp-content/uploads/2020/11/joan-mir.jpg200px200px
0
0

Mir has won for the first time the MotoGP World Championship in a strange year, very strange. For this reason, both his victory and his Suzuki are a symbol of pragmatism, talent and intelligence.

Joan Mir, class 1997 from Palma di Maiorca has won the 2020 MotoGP World Championship. Nobody would have ever thought about his victory just before this year. But in a year where everything is possible, also Mir’s dream turned into reality. Whoever talks about luck is either envious or does not know this sport very well: because the first rule in order to seize an opportunity is to be ready. And Joan and the Hamamatsu’s house were.

A Kingdom without its King

Let’s clear something straight away: the absence of Marc Marquez has been a factor that helped Mir winning. It has allowed the rider from Maiorca to play his best assets: intelligence and pragmatism.

It is not something to give for granted. Marc is a powerful rider that turns into gold everything he touches on the MotoGP track. One of the best qualities- and maybe the only weakness as well- of the Honda champion is the fact that he cannot win without overdoing it, without dominating every session of the weekend, every weekend. When someone is riding against him they cannot rationalize, plan or strategize. He can either fight just like Dovizioso did during the past years, or the risk is to end the race humiliated with broken bones.

When, suddently, the MotoGP happened to be without its king everybody began to understand that this World Championship would have been different. It is not an attack game, but a patience one. Therefore, it is a matter of focus and intelligence rather than attacking aggressively. Again, let’s not take for granted that the absence of Marquez made it easier for Mir to win. On the contrary, the truth is that the injury of the current Champion changed the rules of the game one more time, placing everyone on the same level and opening a new world of possibilities.

No room for mistakes

Another element to be taken into account if we want to understand this season better is the revolution of the schedule that Coronavirus has imposed to Dorna. COVID controlled times, locations and conditions of a unique World Championship: it began late, it was required to rush and to get rid of the audience and all the insiders that could not access the tracks, paddocks and circuits.

It is not an easy game. In a world where the centimeter and the hundredth of a second are the measuring meters, changing the rules means learning everything from the beginning again. It obliges us to understand rapidly. It requires learning without making mistakes.

In this context, Joan Mir began its masterpiece. After the ups and downs of the beginning, Mir started to succeed without making anymore mistakes, aiming at the podium when the conditions were favorable and thinking in terms of points when the opponents were better equipped. His words to Davide Brivio at the end of the Teruel Gran Prix were: “in this moment i cannot do better than this. This result is fine”.

The Suzuki man has brilliantly interpreted his task. With his pragmatism, the art of being practical, and intelligence, as mentioned above. He has done it in silence and driven by a goal in mind while smartly exploiting the mistakes of the others. When the oppenents began to understand what was going on, it was too late.

A game of head and heart

However, it is wrong to only compare Mir to a very intelligent software. The audience has never loved robots on the track. The people watching a race want to see brave riders with no fear.

Mir’s star truly began to shine in Valencia 1, when the spanish rider rode a brilliant race that led him to victory. A demonstration of talent, speed and courage.

Valencia revealed what the perfect modern rider looks like, someone who unites head and heart.

It is sarcastic, or maybe destiny, that Suzuki’s motto is “Way of Life”. Balanced, elegant and super efficient just like its rider, the GSX-RR turned out to be the perfect motorcycle for Mir. While everyone else was mainly focused on the engine, or on the chassis the Japanese bike has perfectly combined balance and education.

Although it is not right to affirm that the Hamamatsu’s prototype was clearly superior compared to the competition, it is impossible not to notice the efficiency of the project, which was able to be competitive on the every circuit, in every condition. Fast, easy to ride and smooth on the brakes, the Japanese motorcycle taught the paddock an important lesson about the role of the whole, rather than of the single parts.

A large part of the credit for Mir’s success goes to Davide Brivio and his team. Brivio, Suzuki’s team manager since 2013 after a winning experience with Yamaha, has been able to build a sport project with intelligence and strategy. His management has been balanced, honest and planned with efficiency.

The small MotoGP world of Suzuki is compact, organized and able to improve without the need to chase success immediately. Riders like Mir and Rins are the result of a healthy environment, of a gentle growth, and this must be underlined inside an extreme paddock like the one of MotoGP.

Joan Mir has been compared to a swan in an article posted on MotoMatters this morning. Elegant and flawless on the surface, while he is frantically swimming under the surface of water.

All the talent, intelligence and pragmatism mentioned in this article have a price. A MotoGP World Championship cannot be won without commitment, sweat and sacrifice.

Mir has paid the price, just more silently and further from the spotlight. He stayed away from public places for months in order to avoid the risk of contracting the Virus and spreading it. He has remained relaxed and focused when he could not understand the reason of a failure or fall. He accepted that everyone was talking about how he could not win this World Championship.

Mir will remember the 15th of November 2020 as a giant turning point for his career and personal life. Since yesterday night he is the MotoGP World Champion. He will be the man to beat next year (with or without Marc) and an object of the market’s desire for the next few years. On the other hand, he will be someone to whom will be hard to forgive a mistake. Let alone two. The expectations for the spanish rider will be very high from now on.

The world, for Joan Mir and for us that have always watched this sport, has changed in one day. It is always the case when history is made. 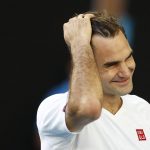 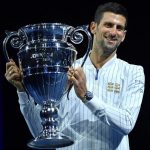 Djokovic and sponsorship: the power of the nr. 1 in the worldSport, Sport Sponsorship, Sports Marketing