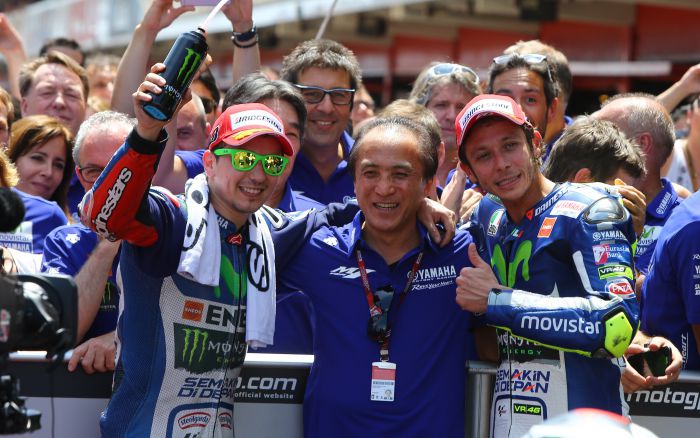 On behalf of the Yamaha Motor group, I wish to offer my heartfelt congratulations to Jorge Lorenzo on winning the 2015 MotoGP World Championship title.

I also wish to express my sincere gratitude to all of the fans, sponsors, and everyone involved in the championship campaign that have supported Lorenzo and the Yamaha team throughout the season.

In the final stages of the season, we saw the full and combined potential of the riders, their machines, and the Yamaha team staff and management at work, and we had a thrilling season-long title race staged by our riders Jorge Lorenzo and Valentino Rossi. I believe this is what truly makes racing so exciting, and it is one of the forms our “Revs your Heart” brand slogan takes.

I look forward to even greater successes in the 2016 season to come.