The layout for the 2016 European Grand Prix on the streets of Baku, Azerbaijan has been revealed today. The 20 turn track was revealed by Bernie Ecclestone and Azad Rahimov, Azerbaijan’s Minister of Youth and Sport.

Bernie Ecclestone: “Azerbaijan is the latest addition to the Formula One calendar and I am pleased to see they have designed an innovative new street circuit that will definitely help to create a world class event when we race there in 2016.”
Azad Rahimov: “This is a very exciting milestone for everybody involved in the Baku European Grand Prix and I would like to thank Mr Ecclestone for taking the time out of his very busy schedule to come and help us unveil the newest F1 circuit to join the world’s most exciting sport.
“We have been working very closely on the circuit layout with Hermann Tilke and his team since early 2013. Our brief to Tilke Engineering was simple – create a circuit that is unique, one that will help the Grand Prix in Baku quickly establish itself as one of the most exciting, thrilling venues on the F1 calendar, and one that the fans and teams alike are excited about. Most importantly, we wanted a track that would showcase the best of Baku, our capital city, and I am delighted that the circuit the F1 teams will race on in 2016 has achieved exactly that aim.
“Now the next phase of hard work begins and we are all excited about seeing the circuit evolve over the coming months. We know there will be challenges, but with the support of Mr Ecclestone, Tilke Engineering and everyone involved in helping to create F1’s newest Grand Prix, we know we will deliver a spectacular event in 2016 that will add to Azerbaraijan’s well-earned reputation as a modern European country that is the perfect venue for the planet’s highest profile sports and entertainment events.”
2016, European Grand Prix, formula one 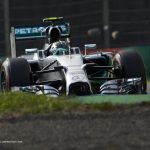 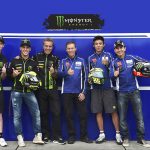