The global spending in sports sponsorships is still on the rise: the total worldwide spending in this field went up to 65.8 billion dollars in 2018. This is confirmed by data sourced from Forbes (and summarised on the statistics portal Statista): the sector is on a steady rise despite the national and economic difficulties, which we are all aware of. The growth rate has risen to 52.7% if compared to a few years ago, at the end of 2008, for instance, when the spending in sponsorships amounted to 43.1 billion dollars. Although data referring to the growth experienced during the last decade may be interesting, sector professionals will undoubtedly find it even more valuable to observe the persistency of such growth at a pace of about 5 percentage points every year. This figure is witness of the good health of this industry and the efficiency of the sports marketing tool. 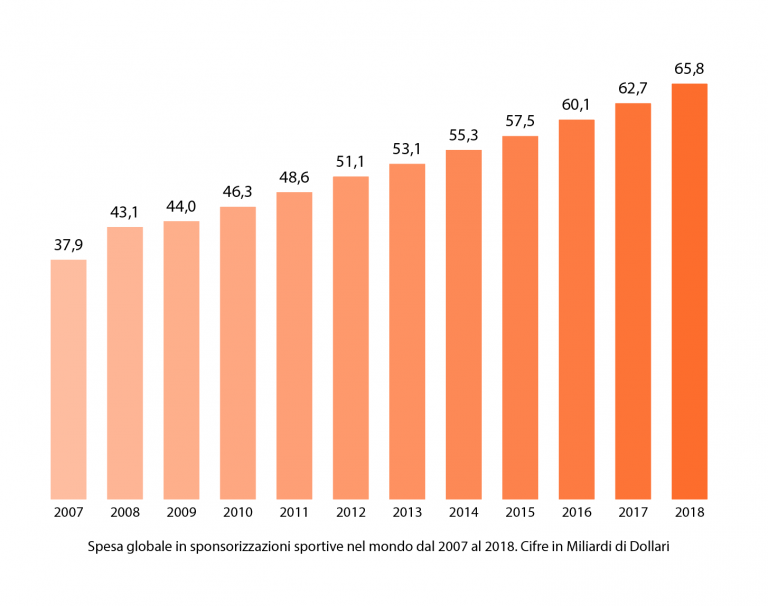 Global spending in sponsorship from 2007 to 2018. Figures in billions of dollars

Sponsorships and geography: which is the region spending most in sponsorships?

Despite its global growth, the world of sports sponsorships is mainly driven by North America. For every single dollar spent in sponsorships worldwide, approximately 37 cents come from the American and Canadian markets, where the starred and striped states play a leading role. The North American continent spent 24.2 billion in sponsorships in 2018: 10 billion more than the yearly spending in Europe, which is second in this special ranking, as the chart below shows. 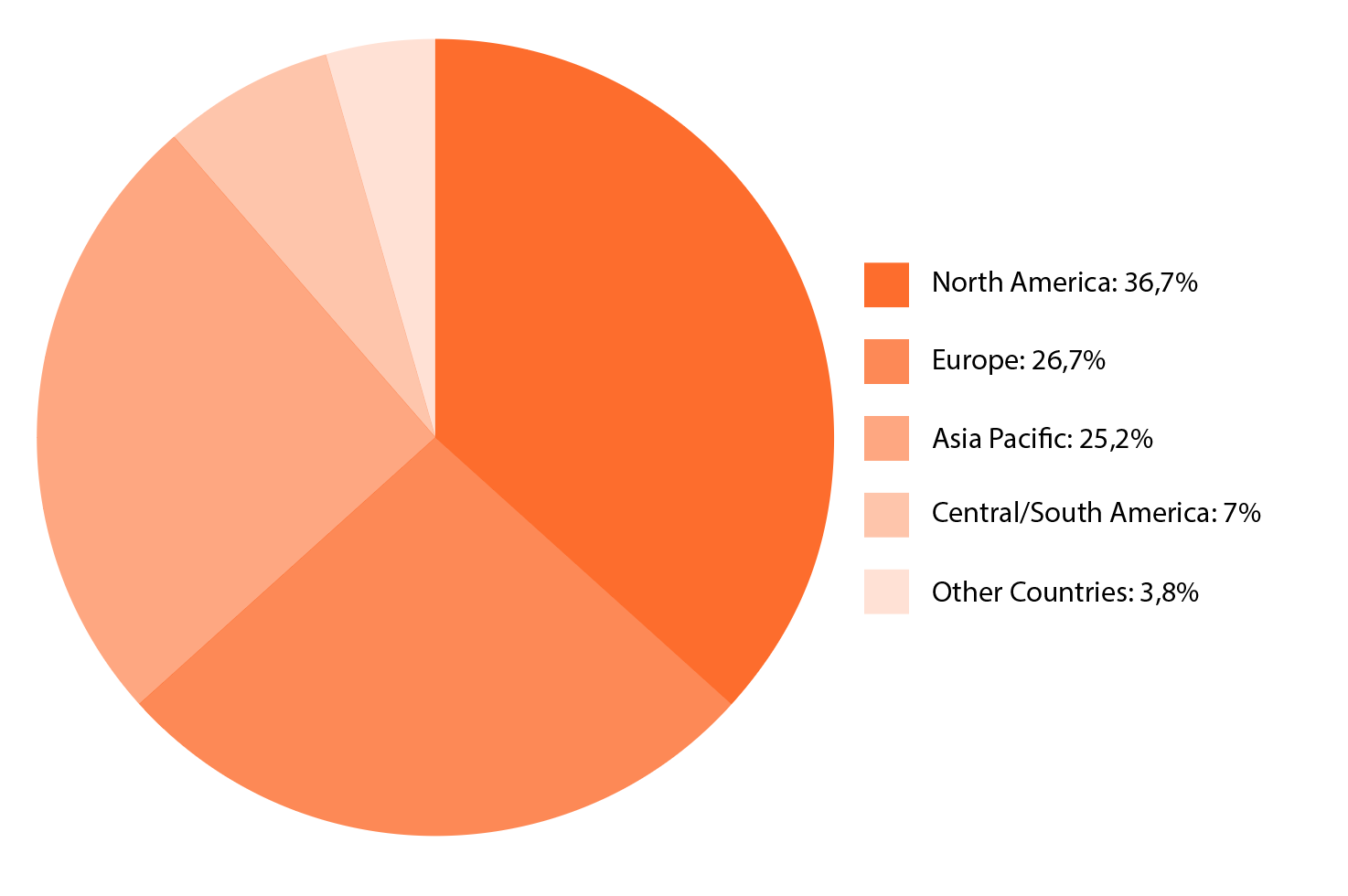 2018 spending in sponsorships, broken down by geographical areas

We may now wonder about the reason for this geographical break-down, which appears to be quite unbalanced, especially if you consider the spending per capita in sponsorships and the fact that the European continent has almost 165 million inhabitants more than North America, and the population in Asia is even greater than this. An answer to our wondering will be given in the next section.

As is evident, whenever the discussion is about sponsorships in the USA and Canada, the starred and striped states rule the roost. To start with, it is not incorrect to say that one of the main reasons for the American supremacy lies in the fact that sports marketing is a deeply-rooted American discipline. Although the phenomenon of sponsorships did not come to light in the USA, it is undoubtedly true that the Americans are the fathers of sports marketing, and colleges and some important thinkers in this business gave a precious contribution to its development.

Another significant issue worth considering is the internal competition among disciplines, which is quite tight in the USA and weaker in Europe, a continent that is almost exclusively dominated by soccer. In the United States, the MLB, the NBA, the NFL, and the NHL were compelled to elbow their own way through and to progress at both communication and marketing level before they could win audiences who had four almost equivalent choices at hand – the only exception being ice hockey, the everlasting little brother. At a time when soccer and its constituting leagues were still dozing slyly within the borders of the Old Continent, the Americans were quick in implementing operations to strengthen each and every home league. The NBA, the NFL, and the MLB are now miles ahead of any competition in Europe, the only exception being the Premier League and the Champions League, which have taken giant’s steps ahead in the past few years.

The third reason to be considered in our list is the fact that North America succeeded in the endeavor to create extremely valuable sports “brands”, especially when it comes to leagues, events, and sports series. If you have a look at the Most Valuable Sports Events Brands Worldwide in 2017, which are the sports events with the highest value as independent brands (irrespective of the competing teams), the situation is crystal clear. 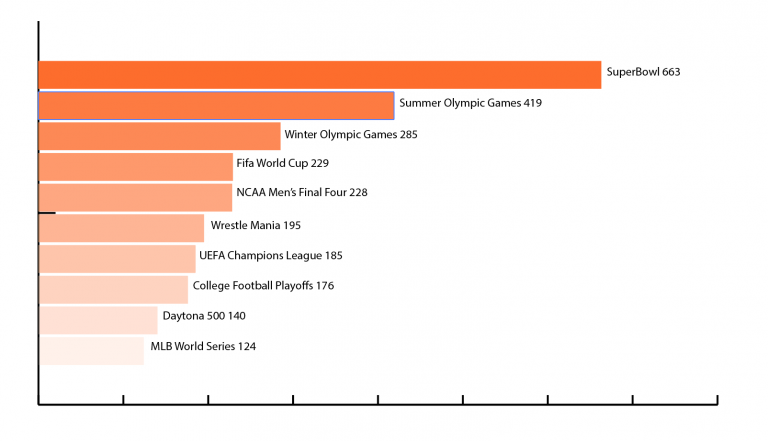 A quick glance at the graph above (source: Forbes, October 2017) immediately clarifies the “value” of some of the most important sports events globally. In terms of brand, the Super Bowl, the final match of the National Football League, has a value that is more or less equal to the Football World Cup and the Olympic Games put together. Oddly enough, the Champions League – the most important continental tournament – has to give way to the Final Four of the NCAA Championship or the Brand Wrestle Mania.

Let’s point one thing out, though: the value of the brand has nothing to do with the number of spectators raised or the income resulting from one or another event. It is not a measure of the reputation of a competition, its success or its heritage. On the contrary, it is merely an indicator of the cost of the “Super Bowl brand” and, as such, of the turnover it can generate: it is a measure of the potential an event may have in marketing terms.

Let’s look to the future: sponsorships in e-sports

One of the most interesting future scenarios for sports marketing professionals is e-games, notably the professional video game leagues and championships. Undoubtedly, e-sports are changing sports marketing perspectives in a radical way. The Internet has enabled hundreds million players to challenge one another without the need for physical proximity; the number of video game titles has skyrocketed and the same applies when it comes to access to the necessary gaming technologies. At the same time, the video game industry has moved out of the shadows of merely being a pastime for kids and has rapidly converted into the richest and the most powerful book entry of worldwide entertainment, thus overshadowing cinema, music and television in terms of turnover and business volumes (FIFA18 alone, which is the last but one release of the soccer title by EA Sports, sold over 24 million copies in the whole world).

The sponsorship industry did not take long to ride on the coattails of something that is more than just a trend. Hardware and accessory manufacturers, first, followed by energy drinks and clothing: the growth of sports sponsorships in e-sports is experiencing a stunning escalation. 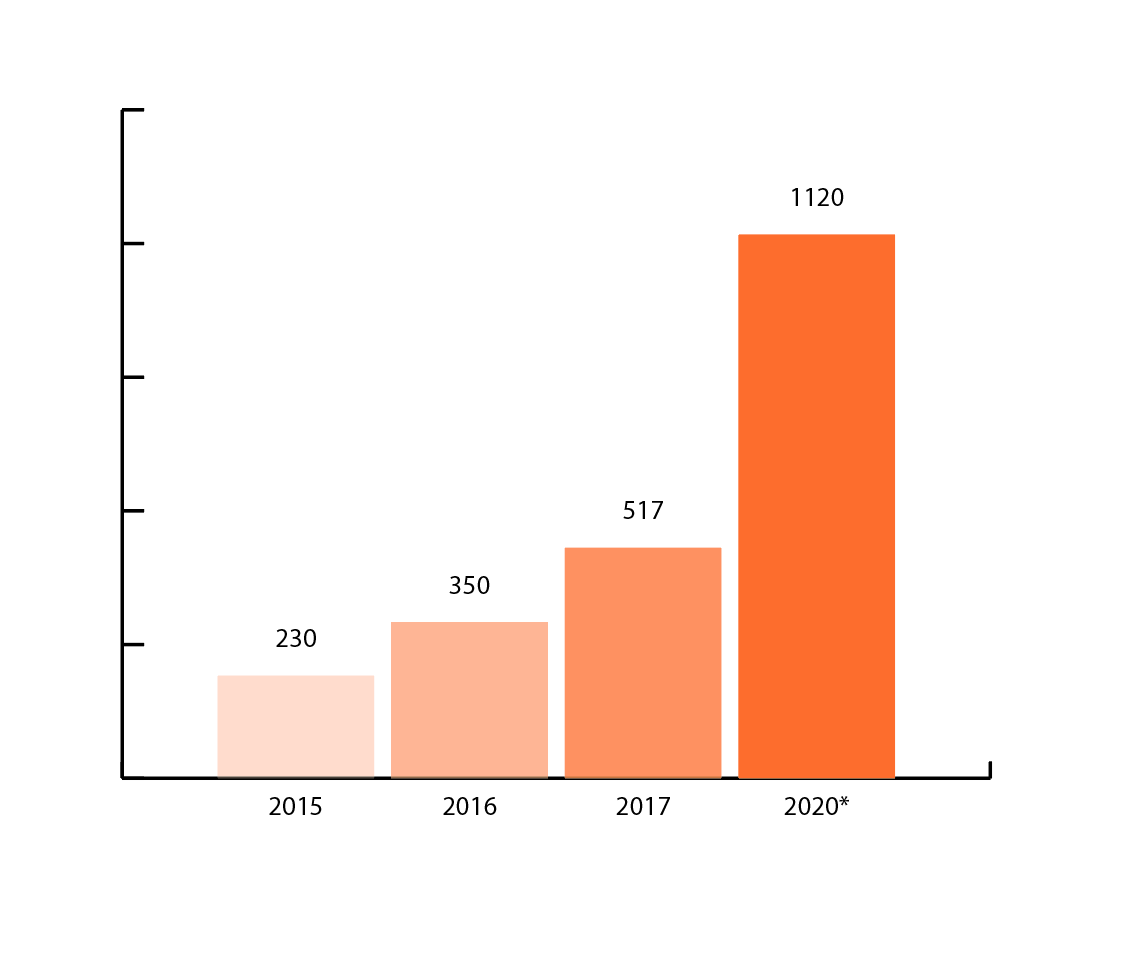 Sports sponsorships in e-sports (expressed in million dollars) – Data referring to 2020 are provisional.

From 230 million dollars invested just 3 years ago to over twice this amount in 2017, far above half a billion. The most impressing aspect is, however, the future estimates of the experts who predict that over one million euro will be spent on e-sponsorships in 2020.

This is an interesting profile that sketches a digitalized, yet enthralling future. E-sports are, of course, a leap away from conventional disciplines, but it is worth noting that the bases and the effectiveness of sponsorships do not change, and this assumption paves a new way for the men involved in sports sponsorships and marketing.

When looking at the future horizons of this discipline, it is impossible not to mention the key role of internationalization in the modern scenario of sports and sports sponsorships. The explosion of the media rights market, the almost total availability of contents and the supra-geographical expansion of sports contents imposes “think global” logics on all sports professionals, as evidenced by the multitude of sponsorships outside the national and continental borders entered into by some of the major sports properties.

The ability to speak to the fans and supporters – and to consumers and users as well – in every nation, language and culture is not merely a must for sports, but it is the actual bet of the present. Needless to say, championships which by their very nature travel to and stop in different countries all over the world, such as the MotoGP and the major motorcycle racing series, have an important card to lay on the table for themselves and for the sponsoring companies. They are actual marketing platforms on the road, capable of reaching out to huge audiences through TV broadcastings, but above all through the involvement of the people at the race tracks and in the fan zones all over the world. 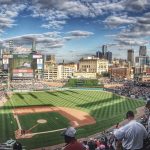 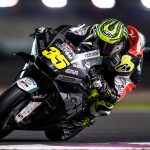