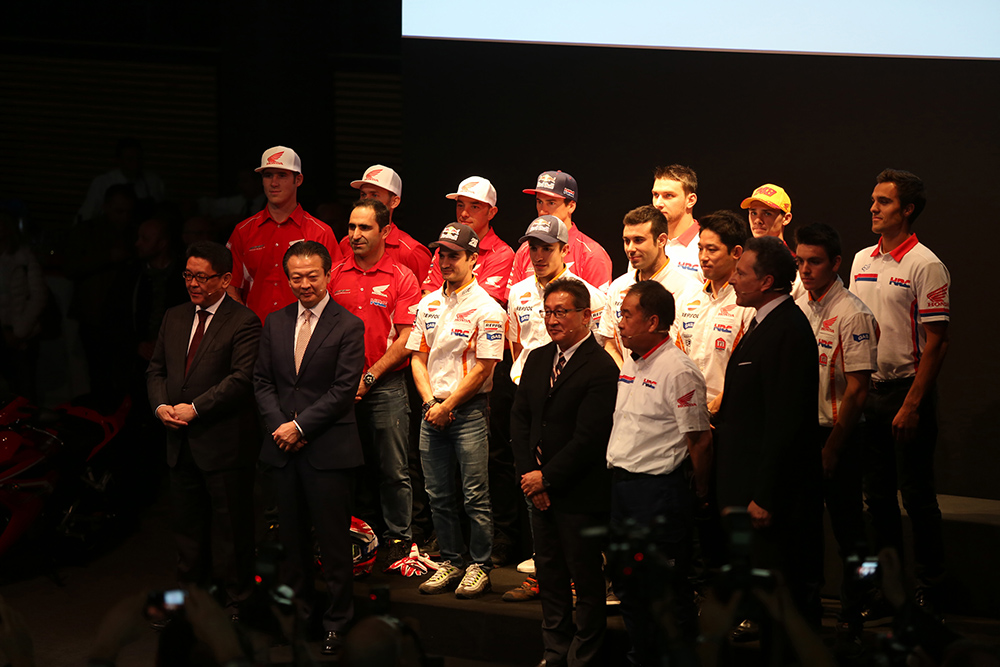 In August this year, 56 years since first participating in the FIM Road Racing World Championship Series in 1959, Honda achieved an unprecedented 700 world motorcycle Grand Prix victories in all classes, following Marc Marquez’s MotoGP victory in Austin. To Honda, racing activities are its driving force, and Honda’s participation in the world’s top class of motorsports not only enables it t o hone its technologies, but apply the racing spirit and ideas to many of its products. As the leading personal mobility company, Honda continues to provide people worldwide with enjoyment and happiness through its products and racing activities, and, with its belief in its corporate slogan “The Power of Dreams,” will realize its – and customers’ – dreams.

Victorious in the 2015 season, Honda will compete in the Moto3 class with 2016 model NSF250RW factory machines. Eleven riders, including Enea Bastianini (3rd in 2015 season) and Niccolò Antonelli (4th in 2015 season) will aim to give Honda its third consecutive championship title.

In the MXGP class, Honda just missed out on taking the title this year, with Gautier Paulin finishing 2nd in the 2015 season, and Evgeny Bobryshev ranked 3rd. In 2016, Paulin and Bobryshev will continue to represent Honda’s factory team, “Team HRC”. 2015 MX2 World Champion Tim Gajser will join the premier class, racing for Team Honda Gariboldi Racing. All three riders will aim to win the championship on the 2016 CRF450RW factory machine. HRC rider Kei Yamamoto will ride a CRF450R to compete in the class for Team Assomotor Honda.

In the MX2 class, Honda aims to defend its 2015 title with 19 year old Jorge Zaragoza racing for the championship team, Team Honda Gariboldi Racing, on a factory machine CRF250RW.

Honda’s factory team “Team Honda HRC” will aim for a more successful season in 2016, with Cole Seely, winner of 1 race prix in his rookie year, and Trey Canard, winner of 2 races despite fighting injuries, riding CRF450Rs to challenge for the title.

In its fourth year after returning to the Dakar, Honda’s factory team “Team HRC”, armed with 2016 CRF450 RALLY factory machines, will once again be represented by ace rider Joan Barreda and DAKAR 2015 runner-up Paulo Goncalves, joined by Michael Metge, Paolo Ceci and Ricky Brabec. Team HRC is out to win Honda’s first title in 27 years, since its Paris Dakar victory in 1988.