It’s one of the very first times the former Ducati man has been officially presented under the aegis of the Red Bull brand. From a sports marketing perspective, it’s an important leap for someone who has been considered one of the top men in the competition under the Monster banner.

That Red Bull decided to put a fresh contract rider at the centre of such a self-referential event says a lot about the foresight of Dietrich Mateschitz’s energy drink in terms of sports marketing. Here are our thoughts.

One of the key aims of sports sponsorship is the ability to create positive, long-lasting memories that stay with the viewer. When teamed with consistency and good application, the association between a brand and a sports property (whether it’s a team, an athlete or an event) becomes so strong and powerful that it can’t be disconnected in the mind of the consumer.

This is the case of the dozens of sports sponsorship campaigns that have been so effective and so memorable that they continue in the memory of the public well beyond the duration of the contracts.

Of course, when a sportsperson changes team (like Jorge Lorenzo has) the effectiveness of the old sports sponsorship campaign can become a headache for the new sponsor.

Joining the Repsol Honda Team means Lorenzo has abandoned his old sponsor, and Red Bull now has years of association between Lorenzo and Monster to fight against. The risk for Red Bull is that, at the beginning of the year, the number 99 rider jumps on the Honda and is still recognized by fans as a Monster rider.

To avoid this nuisance, Red Bull knows that it is necessary to slowly “slide” Lorenzo into its galaxy, rather than throw him front and centre without any preamble. Events like that in Hangar-7 serve exactly this – to try to gently remove the mental association with the Monster brand, and bring him into becoming a Red Bull man.

It is also be important that, as far as possible, Lorenzo goes through this process away from the rest of the Repsol Honda Team. This integration into the Red Bull world must try to avoid other sports properties, and avoid creating further confusion among consumers and fans. It’s therefore possible that for a while Red Bull will be looking to involve Lorenzo as a man and as a rider of excellence, rather than as an Athlete of the Honda Team or teammate of Marc Marquez (another man who is strongly set in Red Bull universe).

Sponsorship: the importance of strategic planning

These arguments are as interesting for those involved in sports marketing as they are invisible to the consumer. However, again the necessity of deep strategic planning and a structured path when approaching sport sponsorship is clear. There is no doubt that in this case Red Bull has planned a series of actions behind which there is a huge amount of thought.

From this example alone, it’s clear that sponsorship is much more than just a sticker attached to a rider’s helmet or a race car. The positive effects that these sports marketing operations generate are capable of extraordinary returns, and mental associations that have a long duration and huge effectiveness. 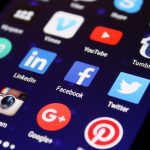 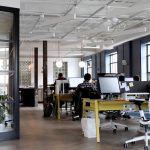