In his column titled “Ultimo giro” (lit. Last Lap) of the Italian weekly magazine Motosprint, Stefano Saragoni proposes an interesting insight in the history of the Motorcycle Racing World Championship through television rights, with special reference to the Italian context.

Consumers are now accustomed to enjoying sport on pay television and exclusive broadcasting channels. In Italy, the Serie A, the Formula 1 Grand Prix races, the most prestigious tennis tournaments and all races of the Motorcycle Racing World Championship are broadcast by the major pay TV networks, which offer sports lovers very high quality productions and dedicated channels. It has not always been like that, though, not at all. As Saragoni properly remembers, it was not long ago when Mediaset broadcast the feats of the MotoGP heroes on free access TV, with Guido Meda – the most popular Italian MotoGP sports commentator – screaming at the top of his lungs his renowned “all standing on your sofas, now” to million Italian viewers. Those were bright years when the major two-wheel series enjoyed huge popularity: free access TV and the triumphs of Valentino Rossi had made the Motorcycle Racing World Championship the must-watch show after a typical Sunday lunch in almost every Italian household. The audience levels of those years are still unparalleled: several million viewers sitting in front of their TV screens every racing Sunday.

The balance between free access TV and pay TV has always been difficult to find, which is also proved by the top management of the Motorcycle Racing World Championship rhythmically swinging between these two extremes. From 1981 to 1992, RAI (the Italian National TV Network) freely broadcast the fastest motorcycles on earth, before it was ousted by Tele+, the precursor of Sky and the first ever pay TV in Italy. It was a 5-year experiment after which the national TV network took over the broadcasting rights again to eventually sell them to Mediaset in 2002. Sky came into play in 2014 when it offered to become the motors TV and purchased the Formula 1 and MotoGP rights to create two motor-focused channels, Sky F1 and Sky MotoGP, which broadcast talk shows 24/7, traditional Grand Prix races and sports commentaries on the two most popular motor sports on the planet. By the way, Sky has recently confirmed the renewal of the Motorcycle Racing World Championship rights until 2021, thus silencing the never convincing rumours according to which Mediaset would take over again.

Why is MotoGP broadcast on pay TV?

Dorna, the Spanish organisation heading the Motorcycle Racing World Championship, is the entity in charge of managing the TV rights of the best-known two-wheel races in the world. When the time comes for agreement renewal, Dorna evaluates the offers on the table in each individual country. The final decision is, of course, based on strategic and economic interests, as well as on medium- to long-term perspectives. When back in 2014 Sky Sport Italia offered a significant amount to take the broadcasting rights from Mediaset, the project of the Rogoredo-based juggernaut was pretty self-evident: to give motor lovers a package they would not miss, including the best that both the two- and four-wheels can offer on dedicated channels and ad hoc programmes. Dorna accepted the offer knowing that they would lose part of the general audience, but would benefit from a twofold gain: a very significant monetary income (far higher than any other proposal received from Mediaset) and the guarantee of high profile viewers having a very strong interest in the product. From the standpoint of consumers, this transaction drew a very clear-cut line to discriminate between people who are willing to spend a bunch of euro every year to continue watching their favourite sport and people who prefer switching to other pass times and TV programmes. Needless to say, when you go from free access TV to pay TV, the absolute number of viewers is bound to collapse (the reduction was 1 viewer out of 4 on average in the shift from Mediaset to Sky). Similarly, it is quite self-evident that Sky subscribers have a far better and implemented product, with a higher number of interviews and programme options, as well as complete and large broadcasting.

The shift from free access to pay TV has also brought about another evident side effect: sponsors have stepped back as the viewer base they can now reach has remarkably shrunk in comparison to the original 5 million viewers every weekend (1,157,000 viewers for the 2018 GP in Spain on Sky, as sourced from motorsport.com).

Moreover, the product for businesses willing to invest has radically changed: in the early 2000s MotoGP was a very large consumer product and it was broadcast on Sundays after the news on public networks and gathered whole families, including grandmas, grandchildren and friends, in front of the TV set with a cup of coffee in their hands. At present, MotoGP has almost become an event for specialists, for a few fans who religiously sit on their sofas at 10 a.m. to watch the Moto3, Moto2, and MotoGP races, the winner awarding ceremony and the interviews.

Despite this evolving context, the role of sponsorships has not changed and they still are a key player in both motor sports and sports in general. Without the sponsors’ money and their technological and organizational support, the teams cannot race and it would not be possible to guarantee the number of riders required by contract on the starting grid of each Motorcycle Racing World Championship. The point is that money needs to be found, one way or another, whether it is through sponsorships entered into with many interested companies (the year 2000 model) or from TV rights and subsequent allocation to the teams (the current model).

Besides the contraction of the absolute audience numbers, another concern for sponsors is the fact that the audience is increasingly more vertical, thus less transverse. The audience of motor sports programmes used to include people of all ages, gender, social class and economic status. At present, this statement cannot be supported with the same level of certainty. Large consumer products and companies with popular targets and cross-cutting proposals are gradually disappearing from a scenario which is giving way to energy drinks, lubricants, motorbike accessories and hi-tech products. Think about the role that motor sponsorships played in the history of marketing to foster the success and growth of some cigarette brands, such as Mild Seven, Rothmans and West, which would otherwise be anonymous on the market.

Sponsors and TV rights: finding a balance between these two extremes

The well-known Latin saying “in medio stat virtus” (virtue stands in the middle) does not apply to this specific context. No intermediate solution can be found between such two contrasting scenarios, i.e. free access TV, on the one hand, and pay per view TV, on the other. With free access TV, the amount of TV rights is more limited and the audience is less specialised, but the number of viewers is larger and the sponsors more numerous. With pay per view TV, on the other side, income from TV rights is higher, but the revenues from sponsorships are lower due to the audience being more limited and excessively vertical. A solution may come from TV8 that is out there to seemingly tip the balance. Thanks to its live broadcasts and a significant number of recorded broadcasts, it plays the role of the peace-keeper between these two extremes, although it does not shift the numbers much.

As is evident, this issue does not have a clear-cut solution, but rather two solutions that are equally correct from certain standpoints: two different models addressed to different audiences and with different timings. On the one hand, it is fair to believe that the future of TV is very likely to be fully on demand (with services such as Netflix, Amazon Prime Video, Hulu, HBO Now, which have already started changing the scenario of entertainment); on the other, it is equally true that free access TV is still generating the most impressive audiences.

Want to get in touch? Send us a message at info@rtrsports.com 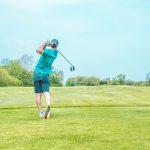 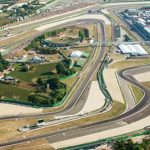