On the 30th of April 1994, 20 years ago today, the Formula One world was stunned into silence when the first driver to die behind the wheel of a car in 8 years. His name was Roland Ratzenberger.

Roland was born in Salzburg, Austria in 1960; although he often stated that he was born in 1962 so that he could have a longer racing career. After years of working his way up through the junior formulae and Touring Car championships, he fulfilled his dream of becoming a Formula One driver when he was signed on a 5 race deal with Simtek at the start of 1994.

Roland only started one of his three races in his F1 career, after failing to qualify for his first race at Brazil, managing 11th at the Pacific Grand Prix in Japan before F1’s darkest weekend at Imola.

Ratzenberger was attempting to take the final spot on the grid in qualifying when he broke his front wing. He stayed out to try and complete another lap, but as he headed into the Villeneuve Curva at just under 200mph, the wing failed and went underneath the car, sending the car into the outside wall at an impact speed of 195mph. Ratzenberger was pronounced dead on arrival at the hospital in Bologna, with the cause of death being a basilar skull fracture.

Roland’s death was unfortunately overshadowed after the death of Ayrton Senna at the circuit the following day, but he shall never be forgotten. 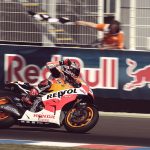 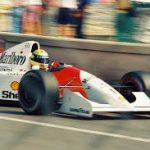