By Emanuele Venturoli
Posted
In Sport Sponsorship, Sports Marketing
More informed and savvy audiences: this is the new target of sports sponsorships2019-03-062020-11-12https://s3.eu-west-1.amazonaws.com/static.rtrsports.com/wp-content/uploads/2022/07/nowtavola-disegno-1.pngRTR Sportshttps://s3.eu-west-1.amazonaws.com/static.rtrsports.com/wp-content/uploads/2020/07/chevrolet-manu-2.jpg200px200px
0

An effort to understand how sponsorships convey subtle messages began after witnessing reactions to a seven-year, $600 million agreement in 2012 in which US-based Chevrolet became a sponsor of Manchester United.

Why, people asked, would an American automaker support a British soccer team?

“It wasn’t about the sponsorship of soccer by an automaker, that is common enough,” said T. Bettina Cornwell, head of the Department of Marketing in the Lundquist College of Business at the University of Oregon. “Now the players were to have Chevy on their shirts. Before the shirts were even printed, questions arose about the deal characteristics and the deal maker was fired.”

For the research Cornwell joined two European researchers, David Woisetschläger of Germany’s Technical University Braunschweig and Christof Bachhaus of the Aston Business School in the United Kingdom. Both already were interested in understanding whether the audience could catch the exact motives leading a company to sponsorship and how such motives were perceived by the audience.

In an initial field study they examined 44 sponsorships in the German Football League (the Bundesliga) and viewed a sample of 2,787 consumers who had knowledge about such sponsorships. In a second study, they manipulated characteristics of a fictitious sponsorship in a professional handball league to further probe the inferences of such manipulations on a sample of 576 audience members for the sport.

Common deal characteristics can include the duration, the proximity of a sponsoring company to a team or league, the fee paid by the sponsor and the type of sponsorship – whether the company’s name goes on a stadium, is displayed on signage around a sporting venue and appears on uniforms. The findings of the two studies, published in the Journal of Marketing, are similar overall, Woisetschläger said, but with some subtle differences.

To some degree, deals concerning stadium naming rights too are seen as based on exclusively economic motives, if compared to perimeter logo sponsorships.  The participants in the research questioned whether such a partnership was appropriate – a show of support to the team or just a deal to increase the sponsor’s sales.

Close geographic proximity of a sponsor to a team is associated with affective motivations, Woisetschläger said.

Such deals are seen as positive and suggest that the sponsors really care about a team or a sport. Long-term contracts with companies applying for a sports sponsorship in the same country or region as a team were perceived in both studies as being natural and fair. Additionally, the audiences of the sport in question were found to believe that such a sponsor is loyal to the team, including during down seasons.

“There were, however, some interesting differences between the soccer study and the handball study”,  Backhaus pointed out. “In the handball study, high fees paid by a brand for sponsorship were not seen to be as calculative.  In a lower profile sport, generous sponsorships seem to be perceived as helping to keep the sport alive.”

According to the researchers, these new findings show that a sport’s audiences – a sponsor’s potential consumers – are savvy about the deals their teams make and they wonder how such deals can benefit their teams.

“It is not enough for the company to be fit to the image of what they intend to sponsor, because people are going to consider the relationship between the sponsor and the team”,  Backhaus said. “A company needs to consider who they are relative to the team or sport, and what message the sponsorship can convey to the audience. Is there at least some level of genuine support to the selected team, or is it all about the money? If you are an international sponsor and you would like to have a relationship with a team outside of your country, you must communicate your relevance.”

Team owners also need to consider that relevance, Woisetschläger stated. “The clubs need to tell the story about how a sponsor is important to the team, the market, and the area. They need to share with the audience the sports sponsorship plan implemented and how the money realized in a sponsorship will be used and how it provides a good benefit to both the team and its supporters.”

To summarise. Audiences are savvy and there are various aspects which companies and teams need to consider before closing a sponsorship agreement. The aim should be to go over an approach merely based on how big the audience we can reach out to is and conduct an ex-ante investigation to understand how the partnership may be perceived by the audience and what their response to it may be.

For example. Are we one percent sure that the mothers of young supporters are happy to see the brands of betting agencies or electronic cigarette makers on the uniforms of their kids’ favorites? May the exposure of brands connected to these product categories potentially limit the sale of the team merchandise, thus jeopardising the lucrative agreements stipulated for the supply of technical apparel?  These are all issues that both Properties and sponsors need to tackle at a time when the sensitivity towards them is increasingly on the rise.

One of the most recently impacted categories is junk food, which has been under the spotlight as a result of data about obesity among children. In London – 25% of children aged between 2 and 10 is either overweight or obese in the UK – a ban has recently been issued to the exposure of fast food ads in the underground.

As we understand that this is a very hot issue for debate, but our space here is limited, do not hesitate to contact us at info@rtrsports.com if you are curious to know more about sports marketing and sponsorships and the best type of sponsorship for your needs. 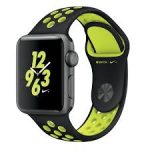 Sponsorship: a safe tool to stand out and be noticedSport Sponsorship