Kimberly Clark, multinational company leader in production and commercialization of wide consumption paper and personal care products, has taken part to Braun Minipimer Tour 2004 edition with its articles Scottex Casa. The tour has been lasting for five months starting on April and has involved 12 of the most important Shopping centres in Northern, Central and Southern Italy for 12 stops lasting three days each.

The promotional activity has been held into a stand positioned in mall’s gallery: a steward and a hostess prepared and let taste some recipes made with Minipimer. The appetizing recipes have been served on Scottex Casa and Scottex Ultra soft paper veil, while the new product Scottex Jumbo has been used to perfectly clean all the surfaces once tasted the recipes.

The Tour proved to be an interesting opportunity to make a co-operation between big companies, for any of which RTR studied the best and more effective solution. This co-marketing activity has represented for Scottex a very good chance to make product testing and to obtain a high visibility thanks to the exposition space inside the stand. During the tour have been distributed many discount tickets to be used inside the mall.

The success of the Tour along the years is a confirmation of RTR capability in projecting and realizing dynamic promotional activities in GDO and a guarantee for all the companies involved. 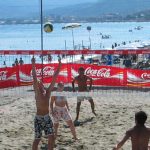 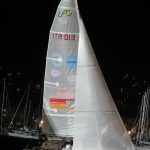