Coca-Cola’s aim was to animate some of Savona’s best beaches with high-impact activities; health, fun and involvement for families, teenagers, boys and girls were the main themes of the festival. At the same time, it was important to show Coca-Cola’s gratitude towards all the bathing establishments’ owners and to further improve the relationship between them and the company.

RTR has chosen beach volley as the perfect activity for this campaign as it perfectly represents Coca-Cola’s team spirit and companionship. As a matter of fact, beach volley is a sport that creates a harmonious and balanced fusion between beach, sand, sea and physical activity whilst giving the audience the possibility to satisfy their thirst with refreshing drinks and their wish for entertainment with fun games.

The winning team has been celebrated with a Coca-Cola final party. A musical happy hour with animators has been organized in order to get as many people as possible involved in the bubbly atmosphere. Coca-Cola gadgets were given to everyone so that a souvenir of the event could have been taken home. To top it all up, the comedian Enrique Balbontin, a.k.a. “ Il Savonese ”, spiced the party up in a crescendo that was concluded with the award ceremony.

Both during the matches and at the party, the event scored attendance records; this has allowed Coca-Cola to reach its prefixed goal of presenting itself with a fresh, original, free and easy image; all this thanks to RTR’s creation, organization and coordination of the event. 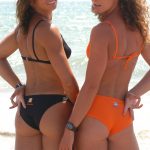 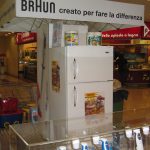