Formula E, the leading world championship of electric-powered cars, is currently in its fifth season. Proof of the success of this racing series is not only given by excellent television ratings and a high number of spectators at the racing tracks but also, and above all, by the registration of the leading automotive brands on the market and the presence of high-ranking drivers. When it made its first debut over five years ago, Formula E was thought to be a minor series that would perennially be overshadowed by its elder sister, Formula 1. Needless to say, these considerations now require extensive reviewing.

Although the heyday of electric car racing is still a long way off (the championship is on the constant rise and shows incredible growth profiles that are paving the way to a bright future), Formula E is undoubtedly here to stay and is now one of the leading car racing competitions in the world.

The decision to sponsor Formula E is not merely a quirk for devotees: it is rather an investment with remarkable returns and great benefits for all types of companies. The purpose of this article is to list five good reasons to join the Championship and partner with the racing Teams involved.

In the current world scenario, which extensively focuses on issues such as climate, renewable energies, and environmental sustainability, Formula E sponsorship means opting for a “green way” and disclosing your interest in green topics to the world. Without giving up its highly competition-oriented profile, Formula E achieves performances through technological excellence, using all-electric engines and minimizing combustion products. Companies deciding to become sponsors will have a great story to tell, as well as an extraordinary PR leverage to communicate sustainability and respect for the environment.

One of the main advantages of Formula E is the possibility to race in city centers. Tracks are designed in the main streets of the most important world cities, such as Paris, New York, Rome, and Berlin. The paddock, facilities, and areas for the fans are located in the most crucial points in the city to offer the spectators a more exciting experience and, what is even more important, to give the sponsors incredible activation opportunities. In city centers, meeting places such as stands, stores and restaurants/pubs/bars, which are normally visited by a high number of race spectators, are also exposed to the regular traffic of tourists and citizens passing by, with the resulting benefits.

The Formula of the future

As the current Formula 1 Championship is fishing in troubled waters, Formula E is undoubtedly going to be one of the most promising international sports events in the next few years. Firstly, because it involves all-electric cars and contributes to developing technologies that will be central for the automotive market in the coming years. Secondly, because this series was conceived of and organized as a modern championship having close connections with the digital world and the social media and providing for easy accessibility. Choosing to become a member of this world – whether as a sponsor or a partner – and now, at a time when this discipline is still in its infancy and the access levels are still extremely cost-effective, means to become the trendsetter of a new movement and to enjoy the benefits that it will certainly offer in the future.

A multitude of leading automotive brands

The success of the electric championship, as mentioned above, is definitely proved by the fact that the major automotive manufacturers on the planet are unceasingly joining the competition. Audi, Mercedes, Porsche in addition to Nissan, Jaguar, BMW and many more are aware that electric-powered cars are the future of mobility and they are willing to show their competitiveness in a scenario where none of them has taken the lead yet. Needless to say, for automotive brands, this is a marketing exercise and a valuable platform for research and development offering them the opportunity to design the technologies that will be featured in the standard passengers’ cars of the future. On the other hand, Formula E sponsor companies will have the chance to work side by side with some of the most consolidated and best-known brands worldwide, thus enjoying benefits in terms of communication and B2B opportunities.

Last but not least, Formula E is an excellent marketing opportunity for companies because it is an exciting and entertaining championship with a very high-profile sports and human dimension. This is one of the key points in sports sponsorship and marketing: an audience of passionate and loyal fans, who watch car races joyfully and passionately, is the most fertile soil to grow all the benefits resulting from the sponsorship, i.e. sales increase, position on the market, visibility and awareness, to mention just a few.

At a time when Formula 1 is, alas, no longer giving four-wheel devotees the emotions it did in the past, Formula E can indeed offer neck and neck competitions, unpredictability and unexpected twists. These are some of the reasons why many major drivers in the world are filling the starting grid, forming a cast of stars that never miss the opportunity to impress their fans. 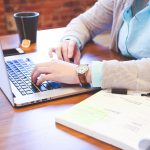 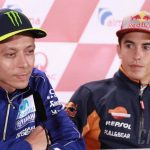