By Attilio Cesario
Posted
In Sponsorizzazioni Sportive
Drive to delight: sport and TV Series, the big players in the market2022-03-222022-03-24https://s3.eu-west-1.amazonaws.com/static.rtrsports.com/wp-content/uploads/2022/07/nowtavola-disegno-1.pngRTR Sportshttps://s3.eu-west-1.amazonaws.com/static.rtrsports.com/wp-content/uploads/2022/03/pexels-cottonbro-4009409-scaled.jpg200px200px
0
0

TV series have been part of our daily lives for several decades because of their easy access, availability, and entertainment. Streaming has fuelled their expansion, making it possible to access them at any time. Hands up who has never used them and who has never done ‘marathons’ until ungodly hours.

You will certainly have realised that a large part of the offer deals with sports-related topics. More and more sports organisations are feeling the need to tell their story, and not necessarily about the distant past, quite the contrary. Let’s be clear, there have always been documentaries, but here we are talking about a next level: experiencing the behind-the-scenes of a season, lived up to that moment only as a spectator, is an opportunity that the fan appreciates (despite already knowing the ending).

With the arrival of the pandemic crisis, the process of this evolution accelerated. In March 2020, the whole world came to a standstill and sport was no exception. No more spasmodic waiting at the weekend for the match, the competition, the duels. No more Sundays at the stadium with friends and family. How can this void be filled?

The ability to access a streaming service how, when and where you want has changed the entertainment paradigm. How many times has it happened that we are not at home but, thanks to apps on our smartphone/tablet/PC, do not miss a single minute of our favourite event? Sport has always stood out as one of the best possible social activators. In fact, it is one of the most popular reasons for physical encounters – “Shall we go to the match together?” – and intellectual encounters – “You too, follow the game! – and intellectual – “Do you follow this sport too? We have common interests, we could get to know each other better”.

By linking these two characteristics, the potential for engagement increases exponentially. Moreover, the reach covers a wide range of audiences: 26% of Netflix users (the benchmark of streaming platforms) are between 18 and 34 years old. If, on the other hand, the company targets adult audiences, the situation even improves: 51% are over 35 (1).

Who can stop it?

Everyone will have watched titles such as ‘Rush‘ or ‘Pelé‘, and then launched into the more recent ‘The last game‘ and ‘All or nothing: Juventus‘, through to stories about individuals such as ‘Fernando‘ (Alonso, ed.), ‘Rooney‘, ‘Schumacher‘, ‘Naomi Osaka‘, ‘Maradona: blessed dream‘ and ‘Sir Alex Ferguson: never give in‘.

The link between sport and streaming has not died with the progressive return to normality, quite the contrary. The aim has become to extend the event beyond its actual duration: to fill the gap between matches or championship breaks, not to mention the continuity between one season and another. The hunger for content is never enough for a sportsman. This aspect is not always present with other products, even if they grant visibility.

Ride the wave with your company

Sport being the best driver of emotions there is, why not use it to enhance your brand?

Once you have created an association between the brand and the values of a team/team/athlete, that’s it. Engaging a person’s emotional side means shaping their behaviour (in our case, the most important one: buying). Whether he is aware of it or not, the fan who watches his idol’s sporting exploits in action is stimulated by the many images included in the show. This is how, unlike classic advertising, sports sponsorships guarantee a tangible result.

TV series have amplified this concept, as repeated viewing of the same series is not such an abstract phenomenon. Moreover, events are presented with a certain spectacularity, together with a good dose of “fake drama“. Sometimes very extreme, as some F1 drivers complain in the famous “Drive to survive“.

Lando Norris, the first McLaren driver, exposed himself to the microphones of the press: “Netflix can make you look like you said something at a time and place that is definitely not correct. There’s a scene of me and Daniel Ricciardo going side by side in the first corner when in fact we’re not even close, in which there’s audio edited in which I say he pushed me out, but that belongs to a completely different race. I don’t really agree with all that, but overall, I think it’s an exciting series for everyone” (2).

The latest addition to motorsport is Amazon Prime Video‘s “MotoGP Unlimited“, which chronicles the highlights and behind-the-scenes footage from the 2021 season of the world’s premier motorcycle racing championship. For the first time ever, the public is allowed into the paddock, into the teams’ pits, into the hospitality areas, into the riders’ motorhomes; they get to see what goes on behind the scenes, while the riders are speeding along at 300km/h. The preparation, the waiting, the joy, the moments of difficulty of the team, of the families, of the friends who accompany these youngsters around the world.  For the first time in this series, we see the human side of the athletes, which fascinates and interests the public as much as the sporting side.

The absolute protagonist, not only of this series, but of the MotoGP of the last 20 years, is clearly Valentino Rossi. In this documentary we see his retirement from racing, but we also savour the most salient emotions and historical moments that the icon of this sport and 9-time world champion, made us live. A piece of history, not only of motorcycling and engines, but of world sport.

Storytelling: the best friend of your success

Despite the fact that some protagonists of these series complain about a narrative that is sometimes overly ‘seasoned’, the hype that such products bring can only increase. In fact, emphasising is not always a bad thing. Sometimes, it is exactly what the public wants (without falling into ephemeral sweetening, mind you).

The proof is Federico Buffa, with his “Buffa racconta” (Buffa narrates): narratives of the greatest sporting events and personalities in history, thrilling from the young to those who may have experienced the feat with their own eyes and want to “literally” relive those days. The power of the story and the catalysing emphasis with which the episode is proposed amaze the user, but never in an aggressive way.

Including your brand in a sports story means living through time and never dying. From old to new generations, for better or for worse.

How do you enter this world?

Thanks to sports marketing agencies, you can offer your customers unique experiences during the most important events of the season.

Would you like to make your company’s most important partners happy? Give them a dream with RTR Sports Marketing: MotoGP or Formula 1 weekends in exclusive locations, customised entertainment packages and the chance to meet the world’s best riders up close.

For any information, please do not hesitate to contact us.

(1) “Netflix statistics in 2022: the status of the internet streaming giant” – https://www.internetadvisor.com/netflix-facts-statistics

(2) “Norris warns of Netflix overdoing it with Drive to Survive stories” – https://www.gpfans.com/en/f1-news/77584/norris-warns-of-netflix-overdoing-it-with-drive-to-survive-stories/ 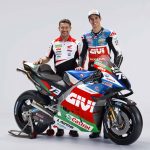 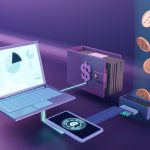