On October 15th, Formula 1 has announced the provisional calendar for the next 2022 season. It looks like it will be a super exciting season, on many different levels:

The Coronavirus pandemic has strongly impacted on the races of the last two years, especially in terms of the Formula 1 calendar. Therefore the return of very popular circuits and races such as the Australian Grand Prix at the Melbourne track, the Canadian Grand Prix at the Gilles Villeneuve in Montreal, the Japanese Grand Prix and the Singapore Grand Prix are very, very important.

The situation is not yet stable of course, and the continuing uncertainties about travel restrictions have however forced the circus not to include China in the current provisional 2022 schedule: Shanghai, for the third consecutive year, will not be a part of the F1 schedule. The Circus will return – or rather will continue – to race on the historic Imola track, in Italy, with the Emilia Romagna Grand Prix set for April the 24th.

The real, and much awaited, news is the inclusion of the Miami Grand Prix scheduled for May the 8th. The first of two races in America will take place around the Miami Dolphins’ Hard Rock Stadium, with the United States Grand Prix at the Circuit of the Americas scheduled for October.

The presence of two groups of triple headers has caused some doubts, especially among people working in the business; an incredible effort for the teams and the drivers, but they had to accept it hoping that it does not become a rule. Adapting to challenges has become a must have, now even more than before. A big impact on the calendar has been played by the upcoming Football World Cup in November; it has had a decisive weight on the definition of some gigs and forces the Formula 1 calendar to end in November, before the start of World Cup.

The triple-headers currently expected are:

The next season will also see the return of the Singapore Grand Prix and the shortening of the Monaco Grand Prix weekend from four days to three, with the return of Friday which was usually a day off in Monaco (traditionally Friday is market day in the Principality). The media activities usually took place on Wednesday, free practice 1 and 2 on Thursday, then FP3 and qualifying on Saturday and the race on Sunday.

Another news to report is the confirmation of the sprint qualifying for a third of the races. The system was tested in 2021 at the British and Italian Grand Prix and will also be confirmed for the next calendar. The result will certainly be a more fun show for fans throughout the weekend, with traditional quali starting on Friday afternoon.

President and CEO of Formula 1 Stefano Domenicali said: “We are excited to announce the 2022 calendar as we prepare to enter a new era for the sport with brand new regulations and cars for next year that are designed to create closer racing. Certainly, an ambitious project, which clearly has had to adapt to the current global situation, but also a rich program of races for spectators at home, who will be able to enjoy an unprecedented spectacle.

2022 will be the longest Formula 1 calendar to ever see the light of the day. An organizational, sporting, logistical and media commitment that is unprecedented in the history of motorsports and that will force the teams, organizers, and sports marketing agencies to push even further.

It is yet another step in an evolutionary process that the circus is trying to embark on to recover some lost ground in recent years, and to further expand its boundaries and to conquer new audiences, stealing them from other forms of entertainment.

The changes to the F1 2022 race calendar are not the only weapon Domenicali and his team are ready to use for the future. 2022 also sees a substantial revolution in car design: simpler, easier to pass, safer and more sustainable. Tires, wings, and air flows have been reshaped to ensure cleaner, fresher and more linear air for the chasing cars, maximizing the ease of overtaking and consequently the spectacle on the track. Visually too, it will be another world. At the same time, improvements to fuels and a general simplification of the project should ensure an increase in sustainability, both environmental and economic, both of which are two important issues to take care of in the agenda of the circus’s priorities

It is difficult to say whether all this is a revolution or an evolution. Among the skeptics there are already those who say that a substantially functioning recipe is turning into a mess without foundation. Among the enthusiasts, on the other hand, there is the smile of those who see a sport that is not afraid to face modernity by changing and progressing.

What is certain is that from the 2022 calendar we will be faced with a very different Formula 1, whose values on the field will – once more – be re-discussed.

We cannot do anything but wait and see. 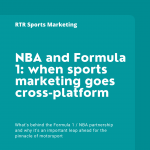