The constant rise of Formula E sponsorships is linked to some aspects that are peculiar to this new and very lucky discipline, which range from environmental sustainability to racing in city centres. People convinced that this full electric series would have no future when it made its debut 5 years ago should probably think back now.

Formula E was not saved from criticisms when it was first introduced to the general public and major stakeholders in the automotive sector five years ago. Many did not believe that the newborn series in the FIA family would live long and they predicted very dark days for this stream of awkward electric cars which do not rumble, do not race on traditional racing circuits and have to stop after half the total laps to replace … guess what! … the entire car, not the battery only.

Five years later, disparagers are now faced with a totally different scenario. The latest competitions in Rome, Santiago and Marrakesh have served a double purpose: in addition to offering a terrific show, they have highlighted all the potentials of these single-seaters. Unquestionably talented drivers now drive wonderful and impressive cars that dart on the roads of the most beautiful cities delivering grand performances. These are true races – very true indeed – where close fights are quite common and results are totally unpredictable. In the meantime, what is the surrounding world doing? Well, spectators, sponsors and investors are taking note.

This discipline, however, is far more than merely on the rise: it is about to explode thanks to a number of good ingredients that are wisely mixed together to appeal to traditional race fans and fresh and young audiences alike.

In truth, Formula E is still far from outstripping or ousting its older sister, Formula 1, which, despite the difficult problems it is faced with, is still the motor series par excellence, capable of catalysing remarkable audience shares. Some significant elements play in favour of F1: for instance, its deeply rooted tradition, a quite large “hardcore” of fans, and some historical brands – the Prancing Horse mainly – which hundred thousand Italians, and many other supporters, vest their dreams on, from Sunday to Sunday.

There are three macroscopic differences between Formula 1 sponsorships and Formula E sponsorships, and these may be attributable to three separate elements:

As is evident, environmental sustainability is a card that Formula 1 can hardly play. Cars consume significant amounts of fuel. Although it is true that fuel consumption has decreased if compared to some years ago, each car burns around 100kg of fuel to run the approx. 300 Km of a Grand Prix. Additionally, each team continuously moves massive numbers of facilities and staff all over the world on trucks and planes, 10 months a year.

Formula E, instead, is based on the concept of clean energy. The founding principle of this discipline is that sustainable mobility does exist and it is highly performing nowadays. These are not simply “electric cars”: they are a combination of extraordinary performances and zero emissions. These are, of course, two aspects each modern company would like to be associated with in current days and a terrific keystone for sponsorships: sustainability, performances and efficiency are the keywords of the future.

To trivialise the issue, races in city centres may be associated to a very old saying on Mohammed and the Mountain. The top management of FIA soon understood that bringing races to the audience would be much easier than bringing audiences to the races, especially when it comes to a brand new series. Racing in city centres, as is the case with Formula E, does not merely mean having a very large audience pool to appeal to, but it also means having a large number of facilities, infrastructures and services available for partners, sponsors and sector operators*. Additionally, city centres are breath-taking settings for competitions with extraordinary views, which is not negligible at all. In the culture of image, as is the one we are living in, this element plays a role that cannot be underestimated.

The peculiar features of Formula E are the key reasons why car makers did not hesitate to rush and take part in the championship. Mercedes, Audi, Jaguar, NIO, Nissan, BMW, Mahindra and DS Automobiles have seen a two-folded opportunity in the new FIA series: marketing, on one hand, and R&D, on the other. Electric and performing mobility is evidently the future of the automotive industry (and the two-wheel industry as well, as witnessed by the birth of MotoE) and races are once more elected to be the test bench of tomorrow’s technology. Batteries, accumulators and key components installed in a Formula E single-seater are very likely to be fitted in regular passengers’ cars in the future.

With reference to sponsorships, this is once again a very important argument. B2B opportunities – among others – potentially resulting from the large number of manufacturers involved are an appetising chance for many brands in different product categories, as well as making the discipline quite competitive and, of course, successful.

As explained above, and as is necessary to point out once again, Formula 1 is still the leading motor championship in the world. The parent Formula is going through hard times which are partially due to races being boring and predictable, rules being a bit unclear, the difference in car performances being as deep as the ocean, and many circuits failing to be exciting. Despite this, the heritage, the charm and the power of the F1 brand are still unattainable and are reflected into astronomical sponsorship costs, which are not an appeal to investors. On the other hand, Formula E still has lower entry levels, as its establishment is quite recent and it is based on different marketing policies. Low entry levels are quite a significant argument, especially where the aim is to attract money and to get to know new realities. It is therefore no surprise that, although the championship is quite “fresh”, the partners are numerous and diversified, as well as all being of excellent level.

The length of the seasons too is quite different: Formula 1 consists of 21 races, whereas Formula E only runs 13 competitions if you also count the double-header grand final in New York City. This is another significant aspect: an almost double number of events gives the sponsors far greater visibility and longer exposure throughout the year.

A strategic decision on TV visibility

I decided to keep this topic last, but not least, because it offers some food for thought. In the current sports marketing world and in modern sports sponsorships TV audiences are undoubtedly a priority issue: the debate between Pay TV and free access TV is never ending and makes no winners nor losers.

On the one hand, free access television increases the audience share exponentially, giving enormous visibility (and huge benefits) to the sponsors and great popularity to the discipline. Italy is an evident litmus test of the above. When Formula 1 and MotoGP races (the World Motor Championship at the time) were broadcast on the national TV networks in the ‘90s, motorsports were part of the Sunday habits of all Italian families, who excitingly followed the endeavours of Ferrari in car competitions and Rossi, Biaggi and Capirossi on their bikes, sitting in front of their TV sets.

On the other hand, Pay TVs offer the organisers huge amounts of money which they can hardly refuse. However, the possibility to view events is “restricted” to subscribers only, which largely thins out the audience share. In this case, spectators are compelled to become “professional” viewers who pay large amounts of money each month to receive a high-quality service with dedicated contents. Needless to say, this situation goes to the detriment of sponsors who are visible to just a portion of the total audience and see their business efficacy reduced.

Formula 1 was one of the first disciplines to go “on demand”. Switching to pay TV makes the product even more selected and selective at the same time: TV broadcasts are extremely high quality and their contents extremely rich, but the audience is infinitely restricted. Another theory, which I feel fair to give credit to, is that pay-TV programmes have a reduced number of viewers, but they are addressed to a more focused target: high spending, passionate, easy to contact spectators, with known characteristics to the providers, are more likely to become the prays of highly focused advertising and operations that are build ad hoc for them. If this is a good argument on one hand, on the other the result has been the loss of mass awareness typical of past years, by which even “Mrs Smith”, whom we frequently mention in this blog, could recognise the names of Schumacher, Alboreto, Alesi, Melandri and Doohan.

Formula E has chosen a completely different road, perhaps due to its young age, and it has opted for the largest dissemination possible. Races are broadcast on free access TV and they are streamed live and free of charge on the Formula E YouTube channel. This may not necessarily last forever, but at present this strategy seems to be paying back, considering the largely increasing number of audiences at every event and the expansion by demographics reaching out to very young areas of the population.

If you are interested in having in-depth information on the topic of sponsorships in Formula E or other sports disciplines, do not hesitate to contact us at the following email address: info@rtrsports.com. We will be ready to work together to find the most suitable solutions for your commercial and marketing goals.

* As I find it appropriate and consistent with the subject matter of this post, I would like to introduce a brief comment on the recent controversy on the E-Prix in Rome. The media did not miss the chance to voice the complaints of the citizens of the Capital City bothered by the alleged traffic in connection with the Grand Prix. Formula E, however, is not the cause of heavy traffic in Rome: Rome is the only actual cause! Many other city centres all over the world host – and they have done so for decades now – competitions, races, marathons and sports events of any type whatsoever with great success and large profits for both the involved cities and the nearby areas. New York Downtown is fenced off for days during the well-known marathon; the same applies to Baku and Monaco where the city roads are the setting of the Formula 1 race, without any dissenting voices raising. And the list of positive examples may continue. It is quite simplistic and definitely short-sighted to identify this sports event as the cause of traffic at the EUR district in Rome. Problems connected with road practicability in Rome are rather due to poor organisation, holes in the ground, ring road exits that are closed for unknown reasons, and, last but not least, a miserable infrastructural network. What is more alarming, I feel, is that those concerned do not understand the potential of the territory-related economies that such events can trigger, i.e. the geomarketing potential.

Is the sport you intend to sponsor in good health? Here is a simple way to find out!Sport Sponsorship 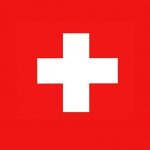